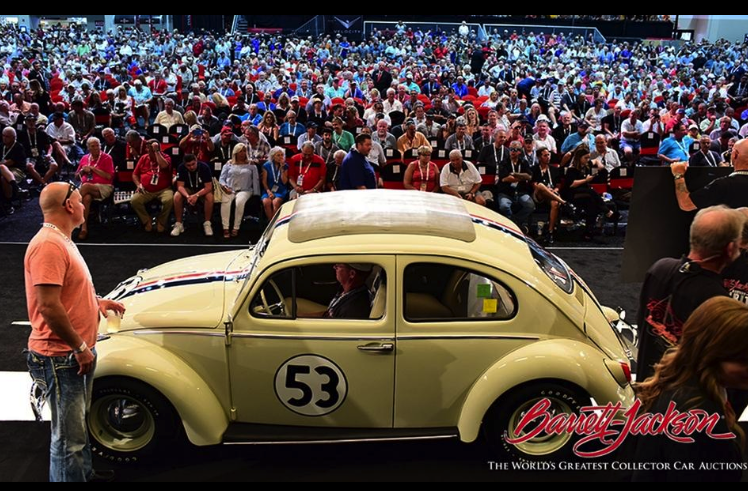 Barrett-Jackson, The World’s Greatest Collector Car Auctions, was a star-studded event, featuring celebrity, record attendance, record auction sales and the largest number of registered bidders for any Palm Beach auction. Three impressive collections were sold at the 16th annual auction, highlighted by renowned collector and philanthropist John Staluppi’s highly coveted Cars of Dreams vehicles, which all sold at No Reserve.

In total, 692 vehicles sold, nearly all at No Reserve, for more than $38.3 million, while 380 pieces of automobilia brought in over $702,000, and $450,000 was raised through the sale of charity vehicles, bringing the total auction sales to more than $39.4 million. This year’s auction also attracted more than 700 new bidders, a new record for Palm Beach. In addition, there was an impressive showing from the international community, including vehicle consignments from Brazil and Italy.

“Our guests have made the Palm Beach Auction such an electrifying event year after year,” said Craig Jackson, chairman and CEO of Barrett-Jackson. “We were especially honored to be trusted to auction three incredible collections, including the ‘Cars of Dreams’ owned by our good friends Jeanette and John Staluppi. Their 145 vehicles, which all sold at No Reserve, represented some of the finest examples of ’50s, ’60s and ’70sera American cars. It was a pleasure working alongside John and Jeanette to find new homes for the vehicles in his remarkable collection, and we so appreciate their philanthropic support of our charity efforts over the years.”

At the beginning of the week, Barrett- Jackson kicked off its 16th Annual Palm Beach Auction with a special parade featuring vehicles from John Staluppi’s Cars of Dreams Collection. During the four-day auction, 145 vehicles from the collection sold for $13.96 million. Automobilia sales during this year’s event were among the best recorded to date in Palm Beach, with restored gas pumps and porcelain neon signs among the most sought-after pieces. 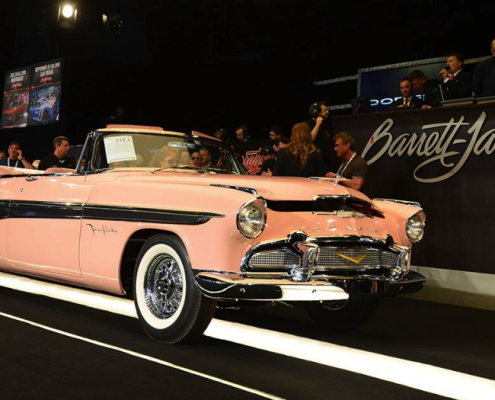 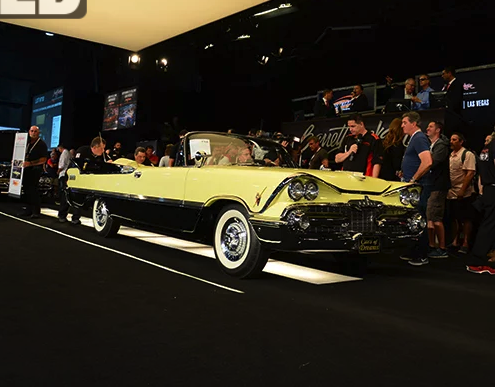 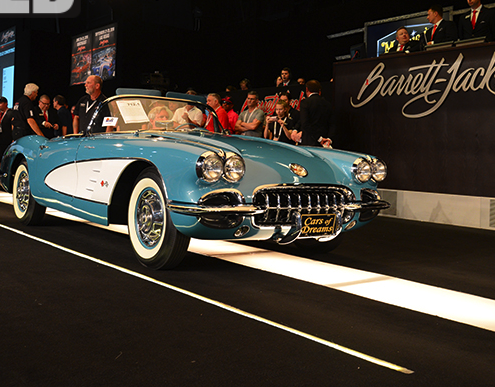 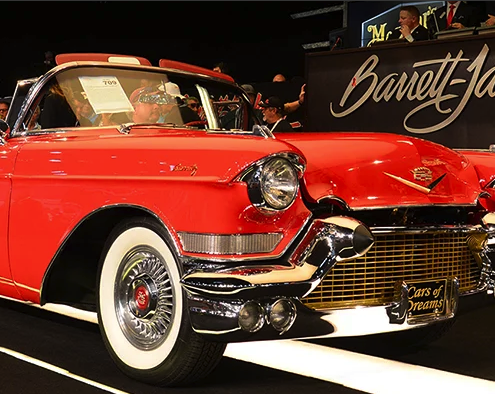 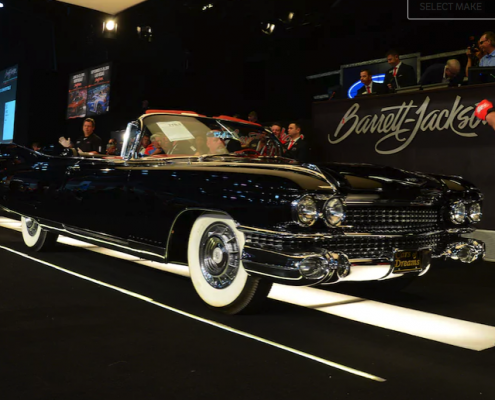 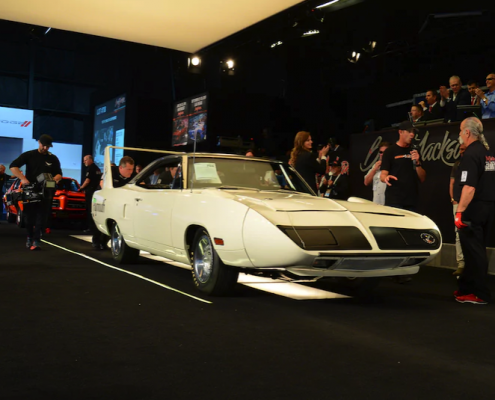 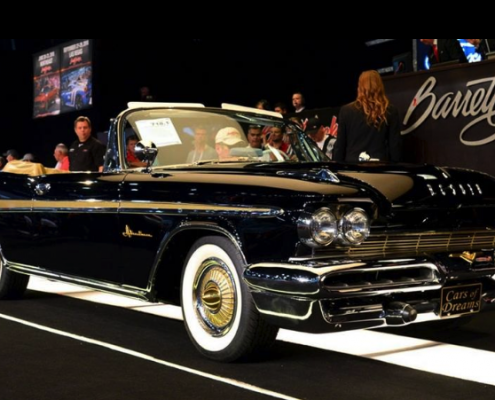 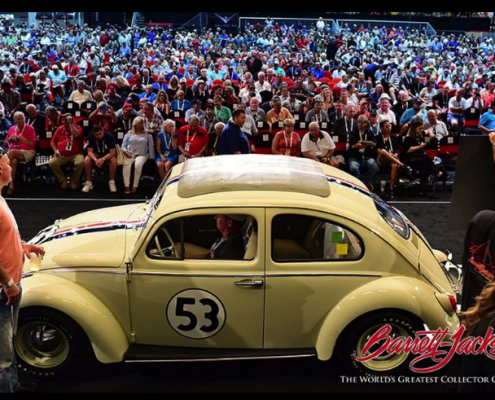 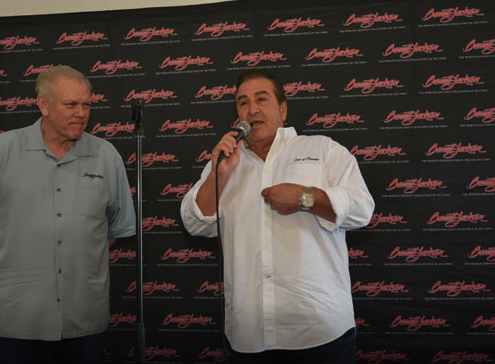 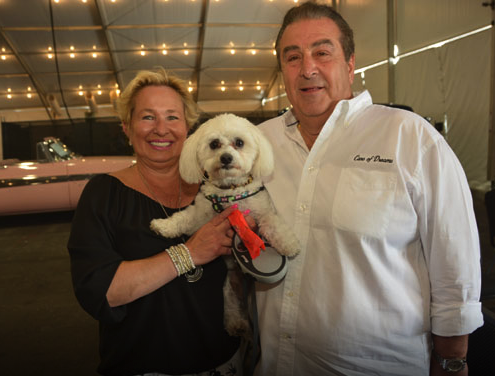 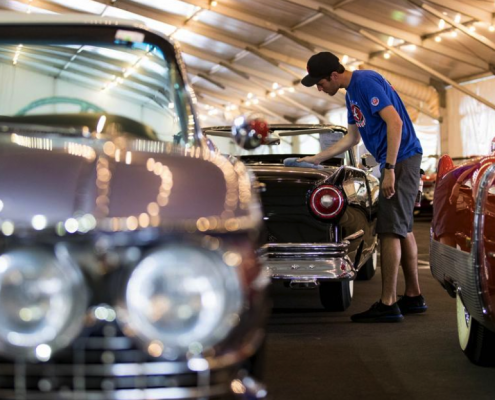 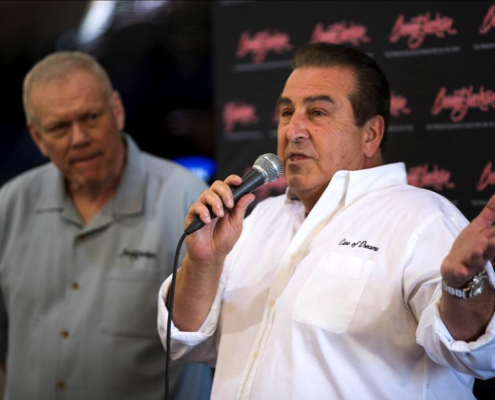 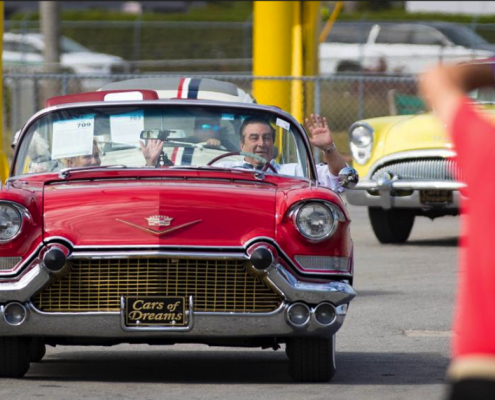 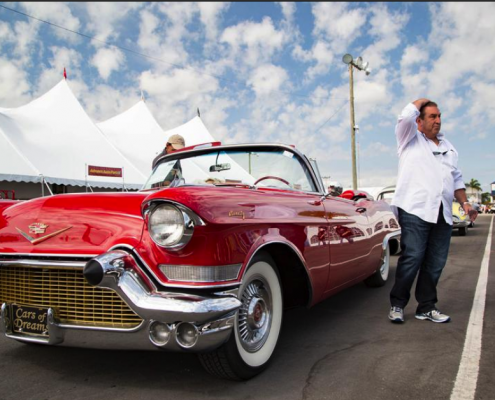 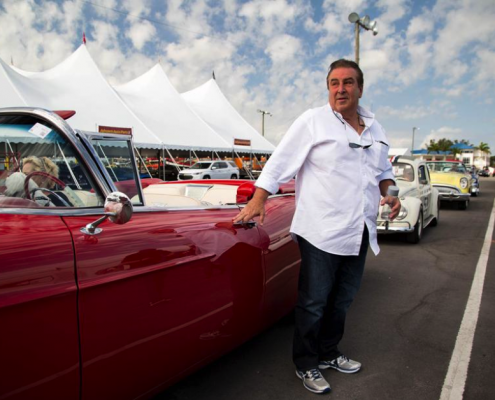 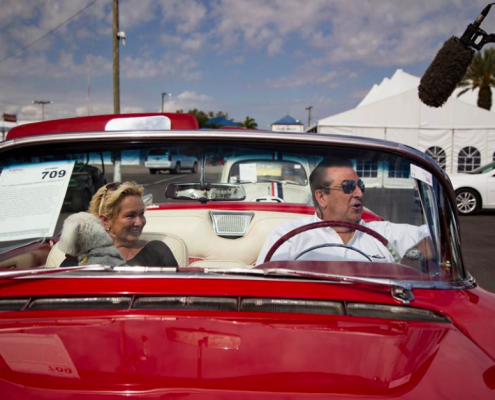 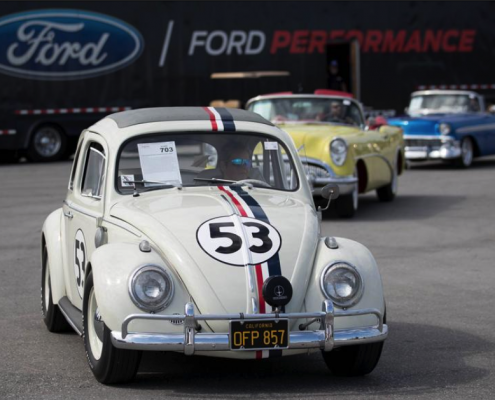 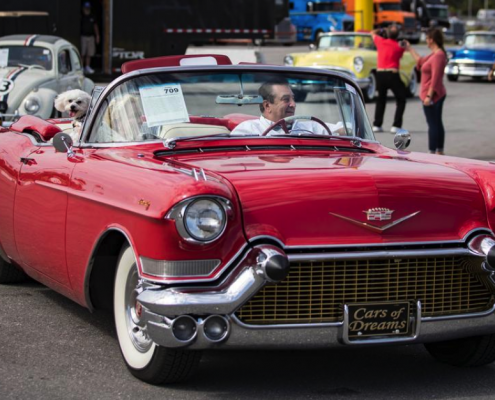 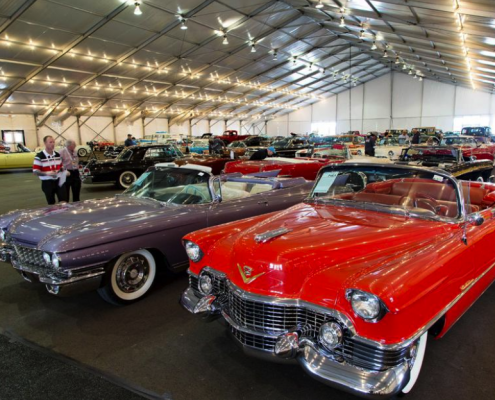 First up on the auction block was the Corvette Carbon 65 Edition coupe signed by President George W. Bush was bought by John Staluppi, owner of Atlantic Automotive Group, for $1.4 million. The proceeds will benefit the Bush Center’s Military Service Initiative. The primary goal of the Military Service Initiative is to ensure post-9/11 veterans and their families make successful transitions to civilian life with a focus on gaining meaningful employment and overcoming the invisible wounds of war. 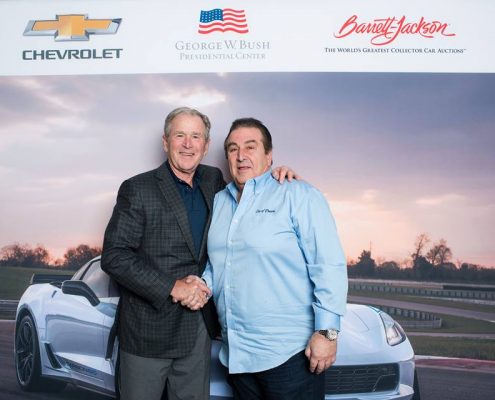 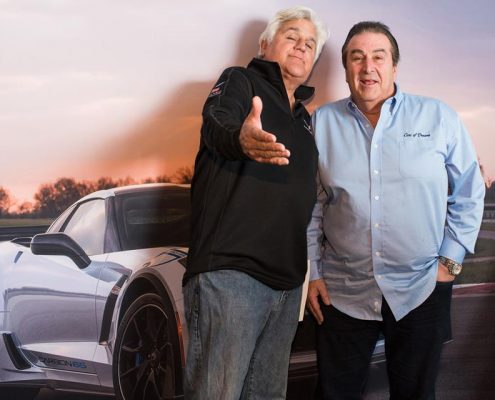 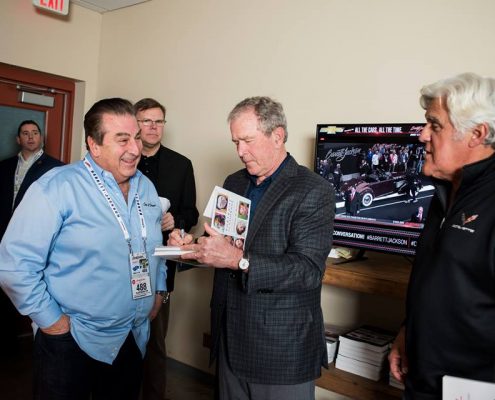 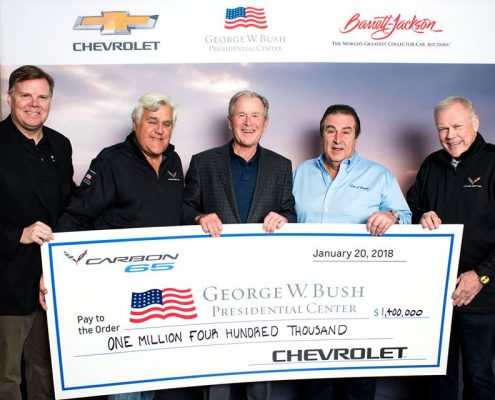 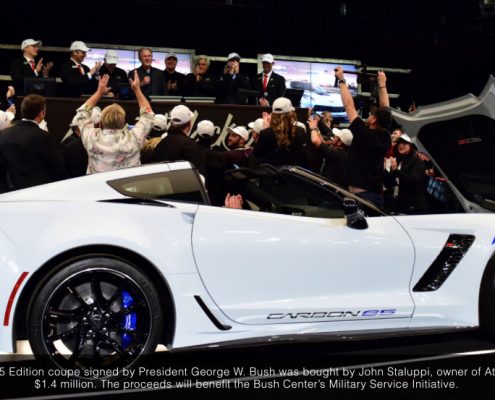