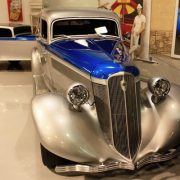 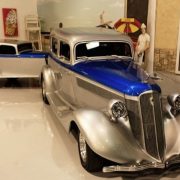 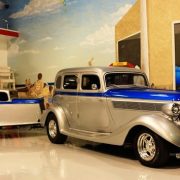 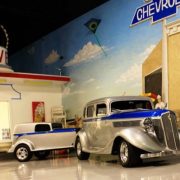 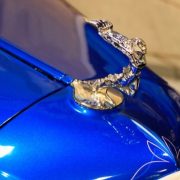 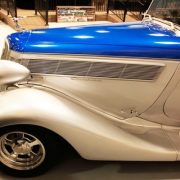 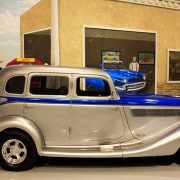 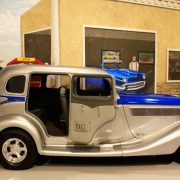 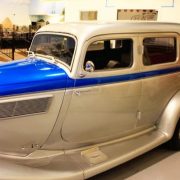 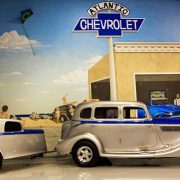 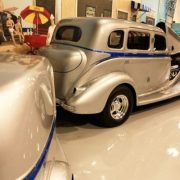 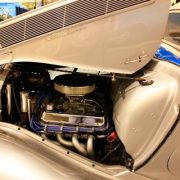 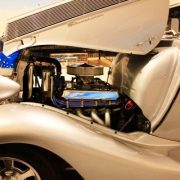 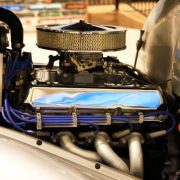 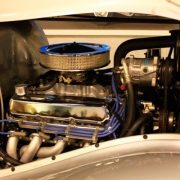 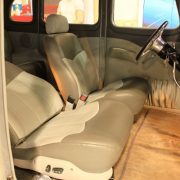 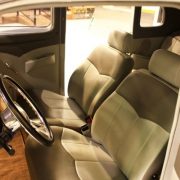 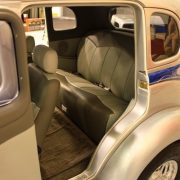 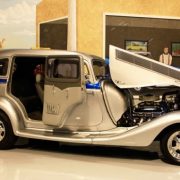 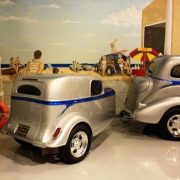 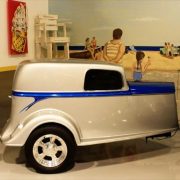 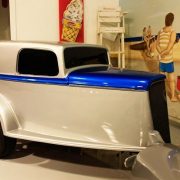 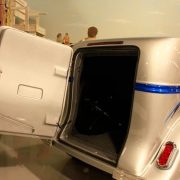 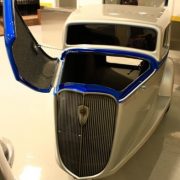 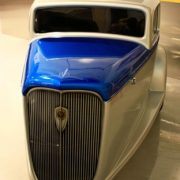 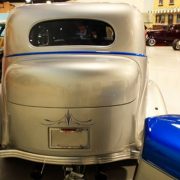 The Studebaker Commander is the model-name of a long succession of automobiles produced by the Studebaker Corporation of South Bend, Indiana (USA) and Studebaker of Canada Ltd of Walkerville and, later, Hamilton, Ontario (Canada). Studebaker began using the Commander name in 1927 and continued to use it until 1964, with the exception of 1936 and 1959-63. The model-name was applied to various positions in the company’s product line-up from year to year.

They not only accomplished that but then went on to establish new records up to 25,000 miles (40,000 km). The two sports roadsters averaged better than 65 mph (105 km/h) and the sedan, which had flipped on the icy boards during one of the night runs and had been hurriedly repaired, averaged almost 62 mph.

After this, the three cars were closely scrutinised, part by part, and it was established that they were strictly stock automobiles, identical in every respect to those available at any Studebaker showroom.

These sixes were the last descendants of rugged cars designed for poor roads in the early 20th century–loaded with torque and strong in construction. They were less well suited to the higher cruising speeds made possible by better roads in later years.

1930s
In 1935, the Commander was dropped from Studebaker’s product line, only to be reinstated in 1937 when the name was applied to Studebaker’s least expensive range formerly known as the Studebaker Dictator. Studebaker introduced the Champion in 1939, and the Commander line was again repositioned, now as the midrange vehicle.

1940s
Immediately following World War II, Studebaker dropped its President models, and the Commander again was elevated in the lineup. Studebaker also again rolled out an extended wheelbase model of the Commander, the Land Cruiser.
1950s

The 1950 Champion differed from the Commander, which had a distinctive bumper, carried over from 1949, longer front fenders and large headlight bezels, as well as a distinctive jet-style hood ornament.

In 1955, Studebaker reintroduced the President name for its premium models and ‘Commander’ was applied to the mid-range products. The Commander line was extended with the introduction of a lower-priced Custom sub-series, being basically a Champion with a V8 engine. Studebaker placed the name on hiatus at the end of the 1958 model year.

1960s
In 1963, Studebaker again resurrected the Commander name for the 1964 model year, applying it to the next-to-lowest-priced Lark model, the Challenger being below. 1964 Studebaker Commanders most commonly had a dual headlight arrangement which they shared with the Challenger though quad headlamps were optional. The 1965 Commander shared the quad-headlight system of the Daytona and Cruiser. Commanders reverted back to dual headlamps in the final model year of 1966. In March of 1966 Studebaker shut down production of all vehicles.