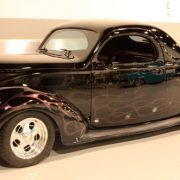 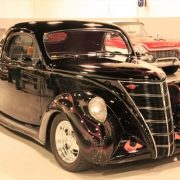 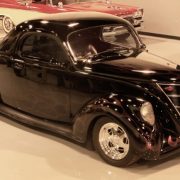 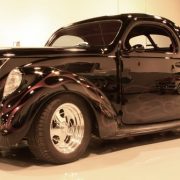 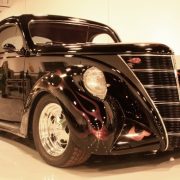 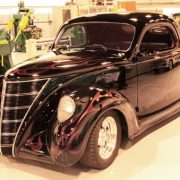 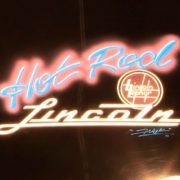 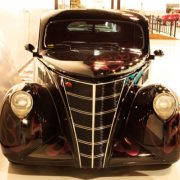 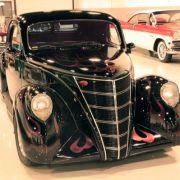 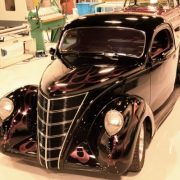 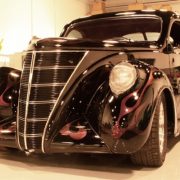 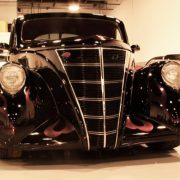 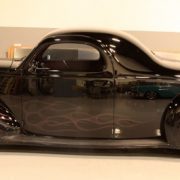 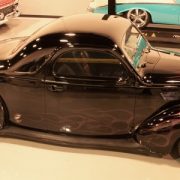 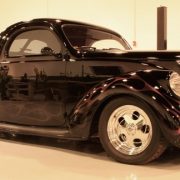 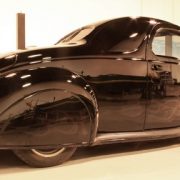 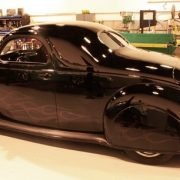 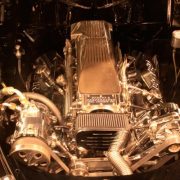 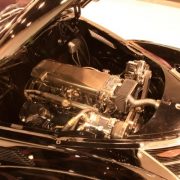 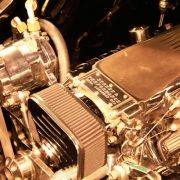 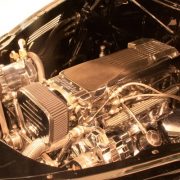 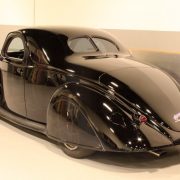 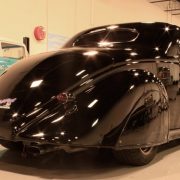 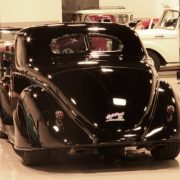 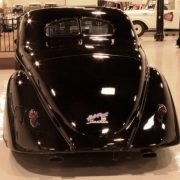 Lincoln-Zephyr was a brand name for the lower priced line of luxury cars in the Lincoln line. Lincoln-Zephyr and Mercury bridged the wide gap between Ford’s DeLuxe line and the exclusive Lincoln K-series cars. This served a purpose similar to Cadillac’s smaller LaSalle “companion car”.

Introduced in November 1935 as a 1936 model, the Lincoln-Zephyr was extremely modern with a low raked windscreen, integrated fenders, and streamlined aerodynamic design. It is noted for being one of the first successful streamlined cars after the tall and gawky looking Chrysler Airflow market failure. In fact, the Lincoln-Zephyr actually had a lower coefficient of drag than the Airflow, due in part to the prow-like front-end on the Zephyr. The Lincoln-Zephyr was extremely successful in reigniting sales at Lincoln dealerships in the late 1930s, spawning the Continental line that would replace the aging K-series by the end of the decade. By 1941, Lincoln-Zephyr, Continental, and the Zephyr-based Custom line were the only models offered at Lincoln dealerships.

Production of all American cars halted in 1942 as the country entered World War II, with Lincoln producing the last Lincoln-Zephyr on January 31. After the war, most makers restarted production of their pre-war lines, and Lincoln was no exception. The Zephyr name, however, was no longer used after 1942, with the cars simply called Lincolns.

The idea of a smaller and more-modern luxury car to fill the gap in Lincoln’s traditional lineup was revisited in the 1950 Lincoln Lido, 1977 Lincoln Versailles, 1982 Lincoln Continental, and 2000 Lincoln LS. The Zephyr name itself was resurrected for the car’s spiritual successor in 2006, though this modern Zephyr was quickly renamed MKZ for 2007.

The Lincoln-Zephyr was first available as a two-door or four-door sedan. A three-window coupe was added in 1937, followed by a convertible coupe and sedan in 1938, and a club coupe starting in 1940.

Annual production for any year model was not large but accounted for a large portion of the Lincoln brand’s sales. In its first year, 15,000 were sold, accounting for 80% of Lincoln’s total sales.

SpecificationsDesigned by John Tjaarda (1897–1962), who was fascinated with airplanes, with a Cd of 0.45, the body was monocoque construction and very rigid, but surprisingly light for its size. The first model had a weight of 3,350 lb (1,520 kg).

The Zephyr was powered by a small 75° V12 engine developed from Ford’s Flathead V8 and unrelated to the larger K-series Lincoln V12 engines. The valve-in-block flathead engine was quite compact, allowing a low hood. But like the V8 Fords of the era, the Zephyr V12 often suffered from hot spots due to exhaust passages through the cylinder block. In addition, the earliest Zephyrs suffered from poor oil pressure, resulting in upgrades to the oil pump.

The original engine had 110 hp (82 kW) and gave the car a top speed of 90 miles per hour (140 km/h) . Suspension was by Henry Ford’s beloved transverse springs front and rear, with dead axle front and torque tube rear, already seen as outdated when the car was introduced. Brakes were cable-activated for 1936 to 1938; 1939 and onwards were hydraulic. The Zephyr was the first Ford product to have an all-steel roof, except the late 1931 Model AA truck.