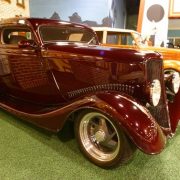 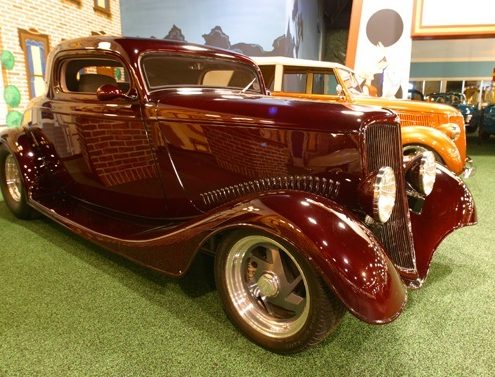 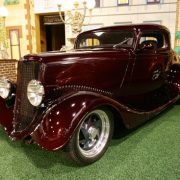 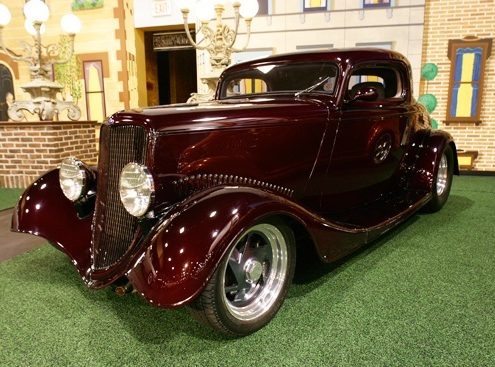 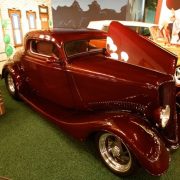 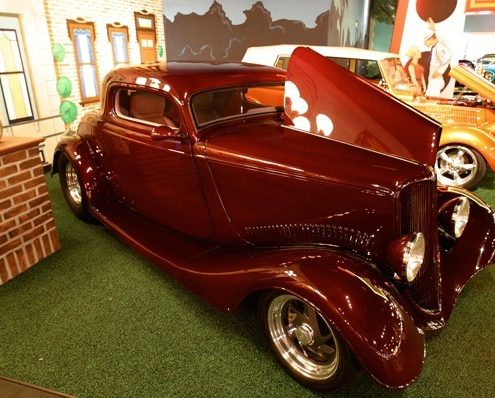 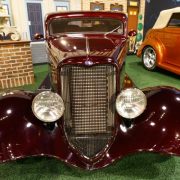 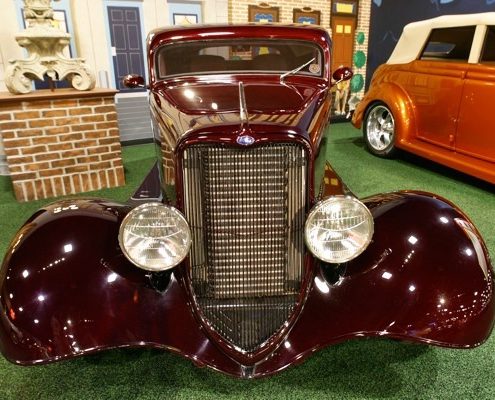 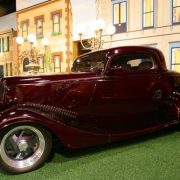 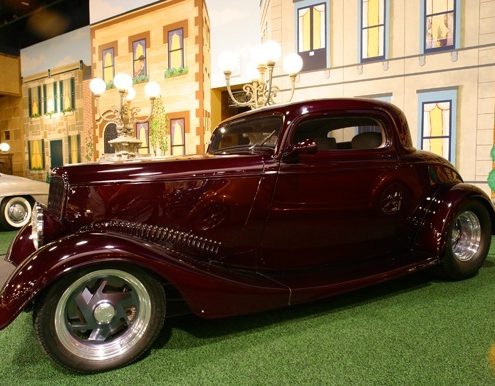 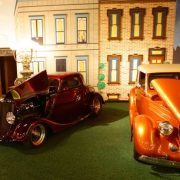 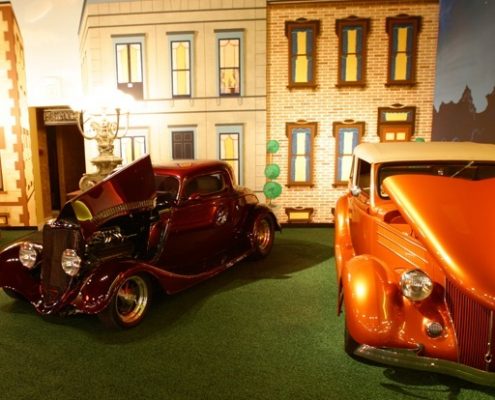 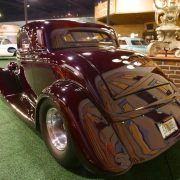 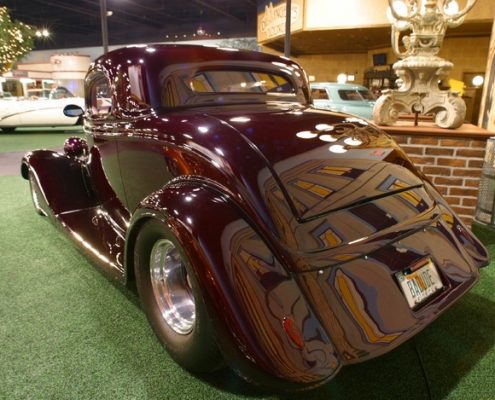 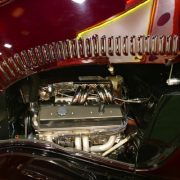 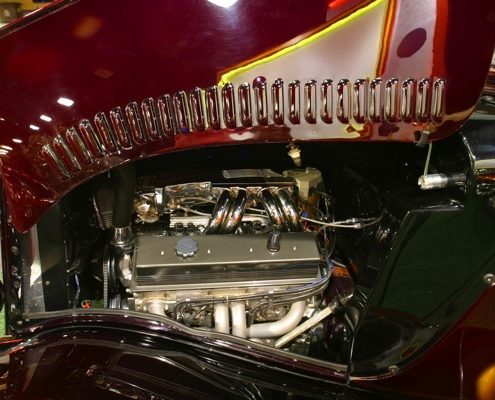 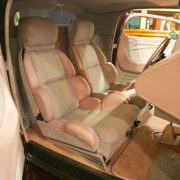 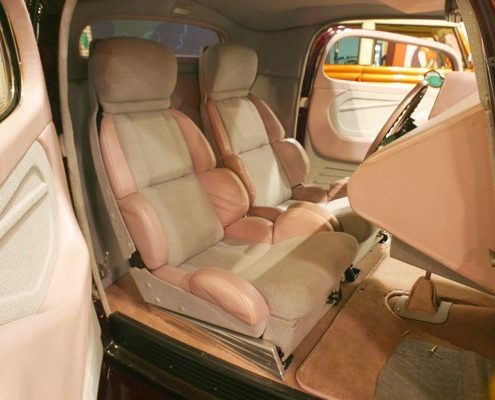 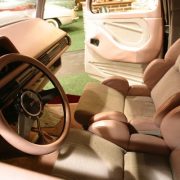 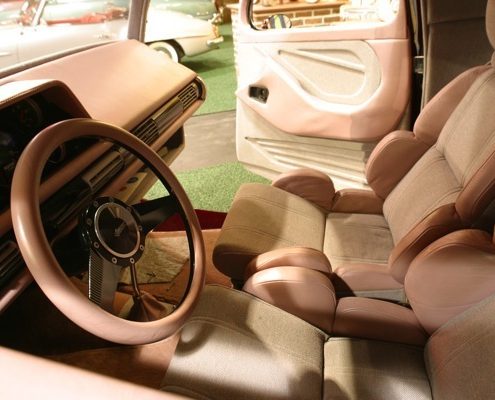 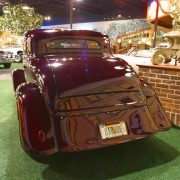 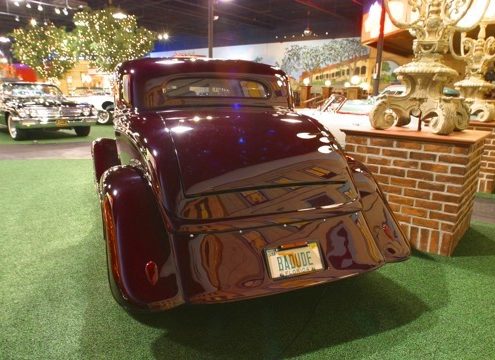 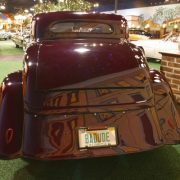 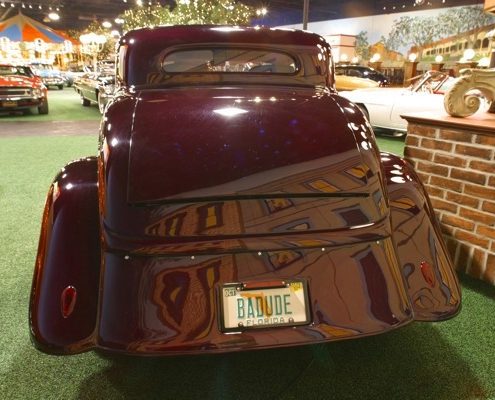 Willys was the brand name used by the United States automobile company, Willys-Overland Motors, best known for its production of military and civilian Jeeps, during the twentieth century.
History

In 1908, John North Willys bought the Overland Automotive Division of Standard Wheel Company and in 1912 renamed it Willys-Overland Motor Company. From 1912 to 1918, Willys was the second largest producer of automobiles in the United States behind only the Ford Motor Company.

In 1913, Willys acquired a license to build the Charles Knight’s sleeve-valve engine which it used in cars bearing the Willys-Knight nameplate. In the mid 1920s, Willys also acquired the F.B. Stearns Company of Cleveland, Ohio and assumed continued production of the Stearns-Knight luxury car as well.

John Willys acquired the Electric Auto-Lite Company in 1914 and in 1917 formed the Willys Corporation to act as his holding company. In 1916, they acquired the Russell Motor Car Company of Toronto, Ontario, Canada, by 1917 New Process Gear, and in 1919 acquired the Duesenberg Motors Company plant in Elizabeth, New Jersey. The New Jersey plant was replaced by a new, larger facility and was to be the site of production for a new Willys Six, but the 1920 recession brought the Willys Corporation to its knees. The bankers hired Walter P. Chrysler to sort out the mess and the first model to go was the Willys Six. Deemed an engineering disaster, Chrysler had auto engineers Owen Skelton, Carl Breer and Fred Zeder to begin work on a new car – the Chrysler Six.

But in order to raise cash needed to pay off debts, all of the Willys Corporation assets were on the auction block. The Elizabeth plant and the Chrysler Six prototype were sold to one William C. Durant, then in the process of building a new, third empire. The plant would build Durant’s low priced Star, while the Chrysler Six prototype would be improved and modified, becoming the 1923 Flint.

Walter Chrysler moved on to Maxwell-Chalmers, where in January of 1924 he launched his own version of the six-cylinder Chrysler he had been working on, one still based partially on elements originally developed at Willys. (In 1925 the Maxwell car company would become the Chrysler Corporation).

In 1926, production of the Overland ended and was replaced by the Whippet brand of small cars. Following the stock-market crash of 1929 and the economic depression that soon followed, a number of Willys automotive brands began to falter. Stearns-Knight was liquidated in 1929. Whippet production ended in 1931, its models replaced by the Willys Six and Eight. Production of the Willys-Knight ended in 1933.

At this point Willys decided to clear the boards and produce two new models – the 4-cylinder Willys 77 and the 6-cylinder Willys 99 – but the firm was on the verge of bankruptcy again, so only the 77 went into production. They were forced to sell their Canadian subsidiary, itself in weak financial shape, and started a massive reorganization. In it, only the main assembly plant and some smaller factories remained property of Willys-Overland. The rest were sold off to a new holding company that leased some of the properties back to W-O. The company was thus able to ride out the storm.

In 1936 the Willys-Overland Motor Company was reorganized as Willys-Overland Motors. In the 1920s and 1930s, Willys was an unremarkable automaker based in Toledo, Ohio, one of dozens in the U.S. It was one of several bidders when the War Department sought an automaker who could begin rapid production of a lightweight truck based on a prototype designed by American Bantam.

In 1938 Joseph Washington Frazer had left Chrysler Corporation and accepted a job as head of Willys-Overland. He immediately set about improving the product and pushing the firm into other business areas. One was the Jeep; another was to improve the Willys 4-cylinder engine so it could withstand the punishment to which the Jeep would be subjected.

Production of the Willys MB, better known as Jeep, began in 1941 with 8,598 units produced that year, and 359,851 units were produced before the end of World War II. The origin of the name “Jeep” has been debated for many years. Some people believe “Jeep” is a phonetic pronunciation of the abbreviation GP, from “General Purpose”, that was used as part of the official Army nomenclature. The first documented use of the word “Jeep” was the name of a character Eugene the Jeep in the Popeye comic strip, known for his supernatural abilities (e.g., walking through walls). It was also the name of a small tractor made by Modine before WW2. Whatever the source, the name stuck and, after the war, Willys filed a successful trademark claim for the name.

At the end of the war, Willys did not resume production of its pre-war passenger car models, choosing instead to concentrate on Jeeps and Jeep-based vehicles. The first postwar Willys product was the CJ-2A. The CJ-2A was an MB stripped of obviously military features, particularly the blackout lighting, and with the addition of a tailgate.
Willys struggled to find a market for the unusual vehicle, and made an effort to sell it as an alternative to the farm tractor. Tractors were in short supply having been out of production during the war. Despite this, sales of the “Agri-Jeep” never took off, mainly because it was too light to provide adequate draft.

However, the CJ-2A was among the first civilian vehicles of any kind to be equipped with four-wheel drive from the factory. It gained popularity among farmers, ranchers, hunters, and others who needed a lightweight vehicle for use on unimproved roads and trails.

In 1946, a year after the introduction of the CJ-2A, Willys produced the Willys “Jeep” Utility Wagon based on the same engine and transmission, with clear styling influence from the CJ-2A Jeep. The next year came a “Jeep” Utility Truck with four wheel drive. In 1948, the wagon was available in four wheel drive, making it the ancestor of all sport utility vehicles.

Willys later produced the M38 Jeep for the U.S. Army, and continued the CJ series of civilian Jeeps. Another variation of the Jeep was the Jeepster. A more civilized variation, it came with either a 4-cylinder or 6-cylinder engine but came only with two wheel drive.

In 1952 Willys re-entered the car market with a new compact car, the Willys Aero. At first available only as a two door sedan, it was available with either an L-head or F-head six cylinder engine. Export markets could get the Aero with a four cylinder engine. A four door sedan and a two door hardtop were added for 1953 along with taxi models. The Aero cars was called Lark, Wing, Falcon, Ace or Eagle depending on year, engine and trim level, except on last year (1955) small production who was called Custom and Bermuda. In 1953 Kaiser Motors purchased Willys-Overland and changed the name to Willys Motor Company. The same year, production of the Kaiser car was moved from Willow Run, Michigan to the Willys plant at Toledo, Ohio. Although Jeep production was steady, sales of the Willys and Kaiser cars continued to fall. A for a small manufacture respectable 91 377 Aeros was built in Toledo and Aero was innovativ because it was one of the first unibodied cars built in America. It also handled well.

After the last Willys passenger car was built in 1955 Willys shipped the tooling for the Aero to Brazil, where it was built from 1960 to 1962, almost unchanged. Brooks Stevens restyled it for 1963, and the Aero continued to be built by Ford after they purchased Willys-Overland do Brasil until the 1970s. The American company changed its name again in 1963 to Kaiser-Jeep Corporation, at which time the Willys name disappeared.