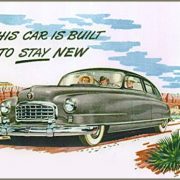 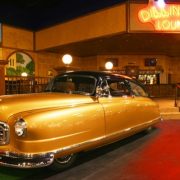 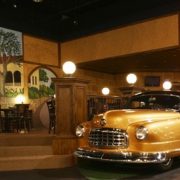 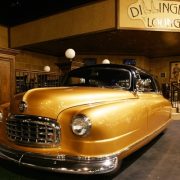 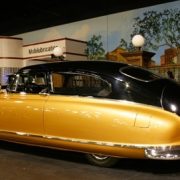 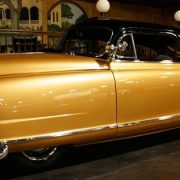 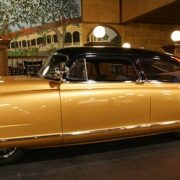 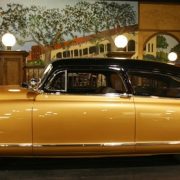 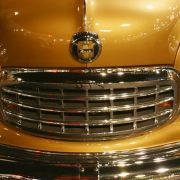 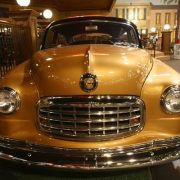 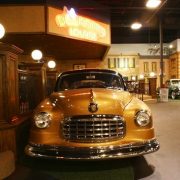 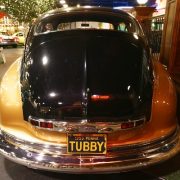 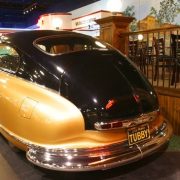 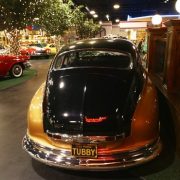 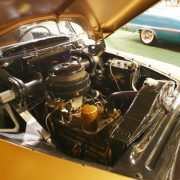 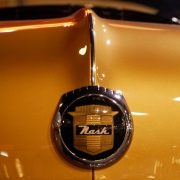 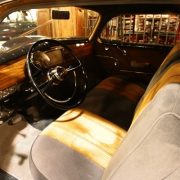 The Nash Statesman (1949-1956) was the lower-priced version of the two main Nash automobile series, and was priced below the top-line Nash Ambassador.

Although the Statesman’s interior cabin was nearly identical to that of the Ambassador, upholstery and trim materials were plainer in design and less expensive.

Mechanically, the Statesman’s wheelbase was substantially shorter than the Ambassador’s, which was achieved by using a shorter front “clip” (the portion of a car from the cowl forward) than was installed on the Ambassador; therefore, Statesman and Ambassador hoods and front fenders were not interchangeable. From the cowl rearward, however, the two series’ dimensions were identical.

Statesman engine designs were based on the sturdy and reliable decades-old L-head Nash Light Six engine designed in the 1920s and continuing into the 1940s in the Nash LaFayette and Nash 600, remarkable in itself for the lack of intake and exhaust manifolds. Because of the Statesman’s lighter weight, remarkable fuel economies were reported by owners and testers.

Nash Statesman models were offered in three sub-series – the top-line Statesman Custom and the entry-level Statesman Super and also a plain fleet model built mostly for company and institutional use.