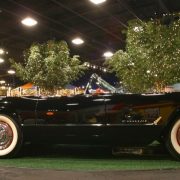 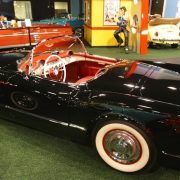 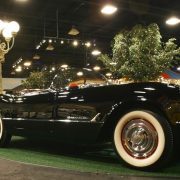 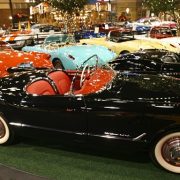 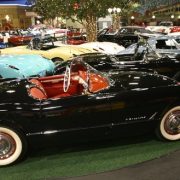 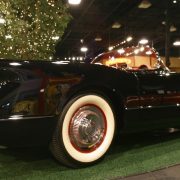 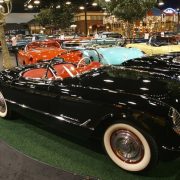 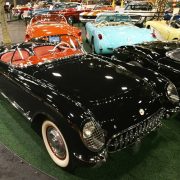 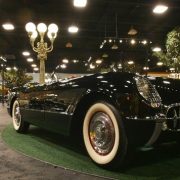 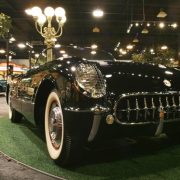 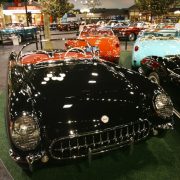 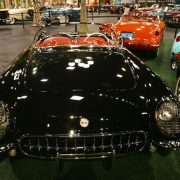 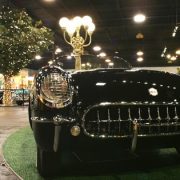 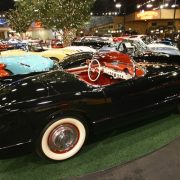 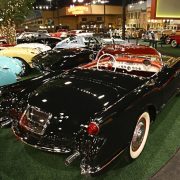 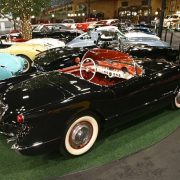 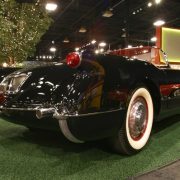 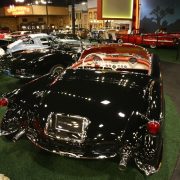 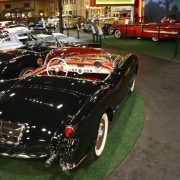 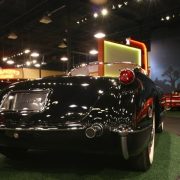 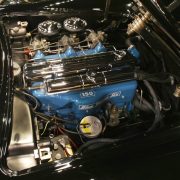 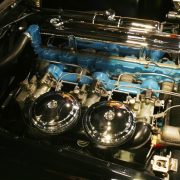 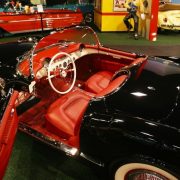 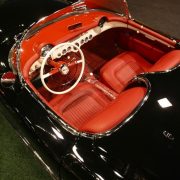 A total frame-off restoration. Powered by a 235CID/155HP blue flame 6 with a powerglide automatic transmission. The options on this ’54 Roadster are signal seeking AM radio, parking brake alarm, courtesy lights and windshield washer. The corvette is spectacularly finished in mile deep black paint with new red interior. The undercarriage is as nice as the topside.

Another key factor in the Corvette’s survival was Ford’s introduction, in 1955, of the two-seat Thunderbird, which was billed as a “personal luxury car”, not a sports car. Even so, the Ford-Chevrolet rivalry in those days demanded that GM not appear to back down from the challenge. The “T-Bird” was changed to a four-seater in 1958.
There have been six generations of the Corvette so far, sometimes referred to as C1 through C6.Chevrolet Corvette C1 (solid-axle)

The first generation is most commonly referred to as a solid-axle, based on the fact that independent rear suspension (IRS) was not available until 1963. The first generation started in 1953 and ended in 1962, with the noteworthy addition of optional fuel injection in mid-1957 (also available on Chevrolet Bel Air). Fuel injection first saw regular use on a gasoline engine two years prior on the Mercedes-Benz 300SL “gullwing” roadster. Although the Corvette’s GM-Rochester injection used a constant flow system as opposed to the diesel style nozzle metering system of the Mercedes’, it nevertheless produced about 290 hp (216 kW) (gross). The number was listed by Chevrolet’s advertising agency for the 283 hp/283in (4.6L) “one hp per cubic inch” slogan, making it one of the first mass-produced engines in history to reach 1 hp/in. In 1962, the GM small block was enlarged to 327 cu in (5.4 L) and produced a maximum of 360 hp (268 kW). Other early options included power windows (1956), hydraulically operated power convertible top (1956), four speed manual transmission (late 1957), and heavy duty brakes and suspension (1957). The car nearly died in 1955, but that year a V-8 replaced the six-cylinder used in 1953 and 1954.