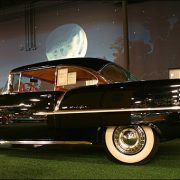 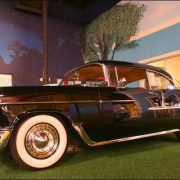 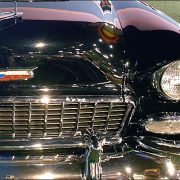 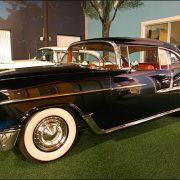 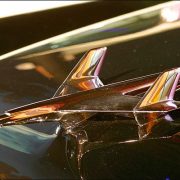 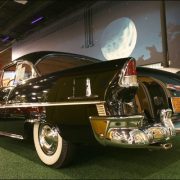 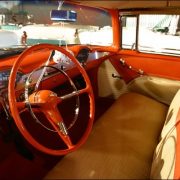 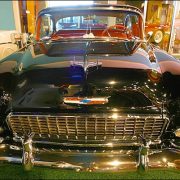 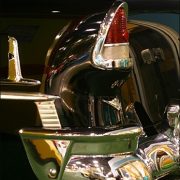 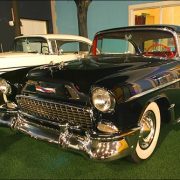 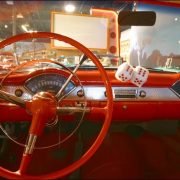 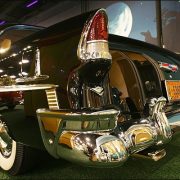 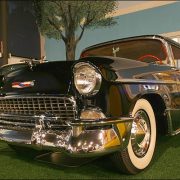 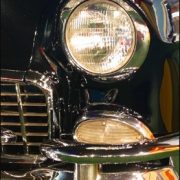 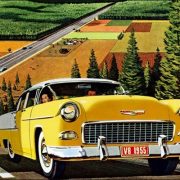 The Chevrolet Two-Ten, or 210 was the midrange model of the Chevrolet car from 1953-1957. It took its name by shortening the production series number (2100) by one digit in order to capitalize on 50’s numerical auto name trend. The numerical designation ‘”210″‘ was also sporadically used in company literature. It replaced the Styleline DeLuxe model available in previous years. This model was dropped following the 1957 model year to be replaced by the Biscayne.
The Two-Ten series, introduced for the 1953 model year, replaced the Styleline DeLuxe series. It was actually the best-selling Chevrolet model during 1953 and 54, offering a balance of style and luxury appointments unavailable in the base 150 series, but was less costly than the glitzy Bel Air. Two-Tens offered the widest choice of body styles for 1953, including a convertible, Sport Coupe hardtop, two- and four-door sedans, and a station wagon.