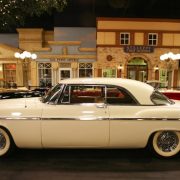 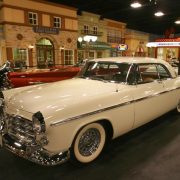 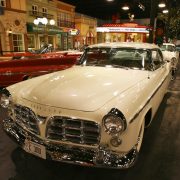 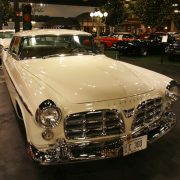 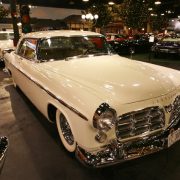 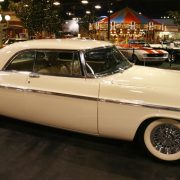 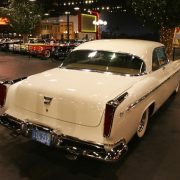 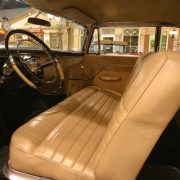 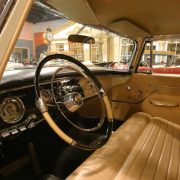 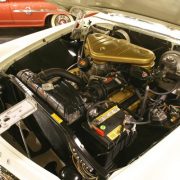 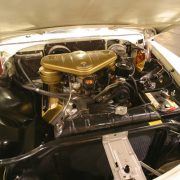 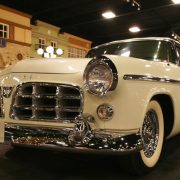 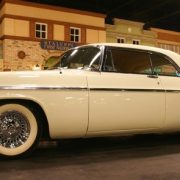 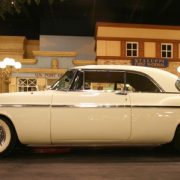 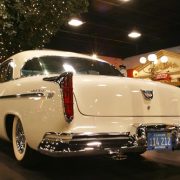 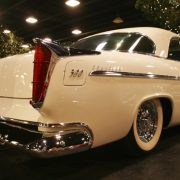 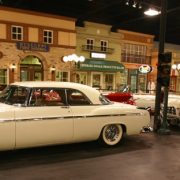 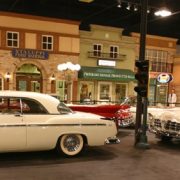 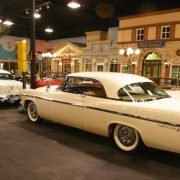 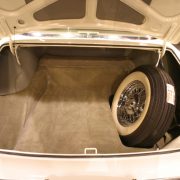 Chrysler has recently started using these designations again for sporting near-luxury sedans, using 300M from 1999, and continuing the 300 series with a new V8-powered 300C, the top model of a relaunched Chrysler 300 line, a new rear wheel drive car launched in 2004 for the 2005 model year. This is disliked by some fans of old Chryslers who do not approve of the reuse of a 300 letter series designation. Unlike the first series, the second does not have 300 hp engines, except for today’s top-line 300C.

1955 Chrysler C-300
This first of the letter series cars didn’t actually bear a letter; it can retroactively be considered the ‘300A’. The ‘C-‘ designation (later dropped) signified ‘Coupe’, while the 300 originally stood for the 300 hp (220 kW) engine. The C-300 was really a racecar sold for the road for homologation purposes, with Chrysler’s most powerful engine, the 331 cubic inch (5.4 L) FirePower “Hemi” V8, fitted with twin 4-barrel carburetors, a race-profiled camshaft setup, solid valve lifters, and a performance exhaust system. This was the first American production car to top 300 hp (220 kW), and the letter series was for many years the most powerful car produced in the United States by a fair margin.