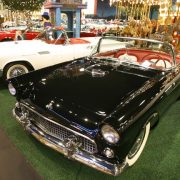 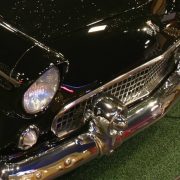 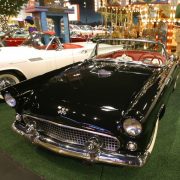 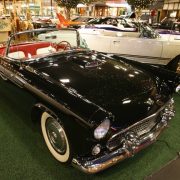 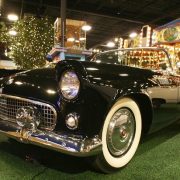 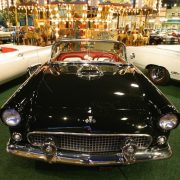 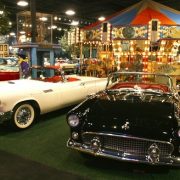 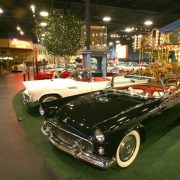 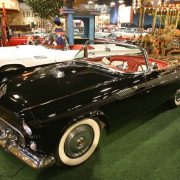 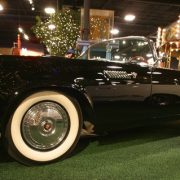 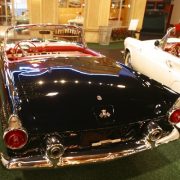 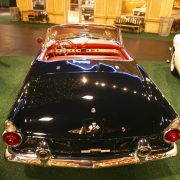 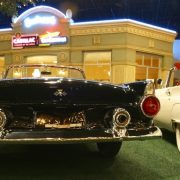 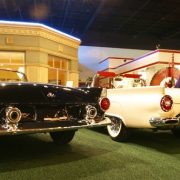 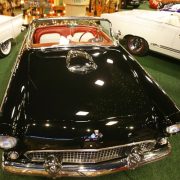 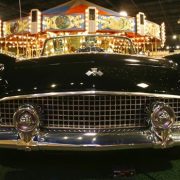 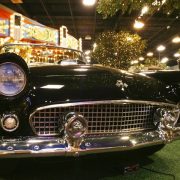 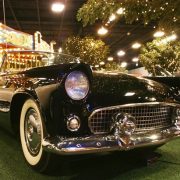 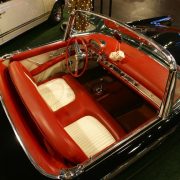 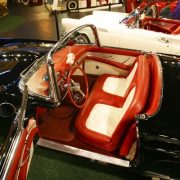 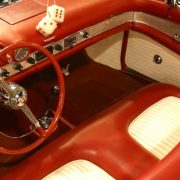 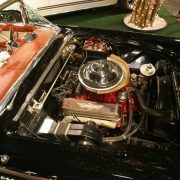 According to Palm Springs Life magazine, the car’s final name came not from the Native American symbol as one might expect, but from an ultra-exclusive housing tract in what would later be incorporated as Rancho Mirage, California: Thunderbird Heights.

Generations
The car was shown at the Detroit Auto Show on February 20, 1954. The first production car came off the line on September 9, 1954, and went on sale on October 22, 1954 as a 1955 model, and sold briskly; 3,500 orders were placed in the first ten days of sale. Ford had only projected building 10,000; eventual 1955 sales were 16,155.
As standard, the 1955 Ford Thunderbird included a removable fiberglass top; a fabric convertible top was an option, although commonly specified. The engine was a 292 Y-block V8. The car had fender skirts. The exhaust pipes exited through twin bumper guards, which are bolted to the rear bumper.Created to act as a retort to the Chevrolet Corvette, it was also the first mass produced edition of all the Ford Thunderbird models. Exactly 53,166 models were produced. It was produced with a Fordomatic or Overdrive transmissions, and featured four-way powered seats and pushbutton interior door handles.

For 1957, a more radical restyle was performed. The front bumper was reshaped, the grille and tailfins were made larger, and larger tail-lights were fitted. The spare wheel moved inside the trunk again, which had been redesigned to allow it to be mounted vertically. The side “Thunderbird” script moved from the fins to the front fenders. The later British Anglia bore an uncanny resemblance to it. supercharged versions, rated at 300 and 340 hp (254 kW) respectively. 1957 sales were 21,380, including three extra months of production because the 1958 models were late. The 1957 Thunderbird would be the last two-seater.