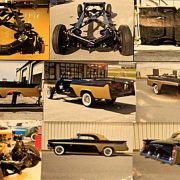 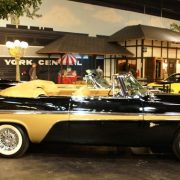 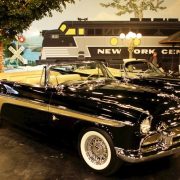 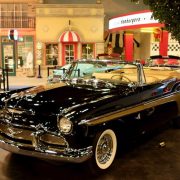 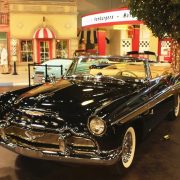 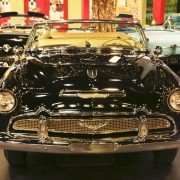 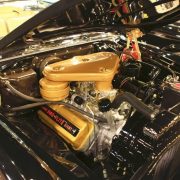 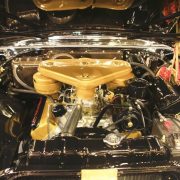 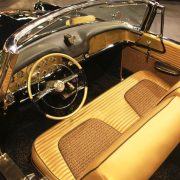 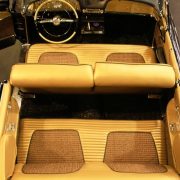 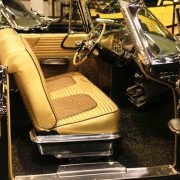 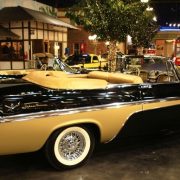 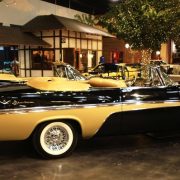 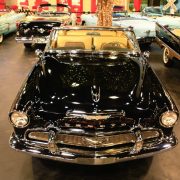 It has had a complete mechanical and cosmetic frame-off restoration, every nut and bolt beyond factory quality.

The DeSoto (sometimes De Soto) was a brand of automobile based in the United States, manufactured and marketed by the Chrysler Corporation from 1928 to 1961. The DeSoto logo featured a stylized image of Hernando de Soto.

DeSoto Airflow
The DeSoto Airflow was an automobile built by the Chrysler Corporation for sale through its DeSoto division during model years 1934, 1935 and 1936. DeSoto received the then-revolutionary Airflow model due to its price structure relationship to larger and more expensive Chrysler brand cars.

The aerodynamic, radically designed car debuted to much fanfare alongside its larger stablemate, the Chrysler Airflow. From the front bumper back, the Airflow’s design represented the first major attempt to smooth away the wind catching objects and channels found on cars of the era. Headlights were moved from their traditional pods forward of the radiator, and housed in flush mountings on either side of the broad waterfall-styled grille, which lacked the traditional upright radiator throat and decorative cap ornament. In place of the flat windshield that most cars had (and which caught the brunt of on coming winds as cars moved through the atmosphere), the Airflow split the windshield into two panes of glass, each angled to better redirect the air around them. Front and rear fenders received smoother, more form fitting curves. In the rear, Airflows encased the rear wheels through the use of fender skirts.

In addition to the benefits of its smoother exterior design, which translated into a quieter passenger compartment than on previous DeSoto models, the car featured wider front seats and deeper back seats with more leg room. Because of the car’s unibody construction, passengers rode within the frame of the car, not on top of the car as they did with other American makes. It also boasted a stiffer body and better weight distribution through the engine placement over the front wheels, in contrast to the common practice of placing the center of the engine’s gravity just behind the front wheels. The automotive press gave the cars positive reviews for their handling and acceleration.