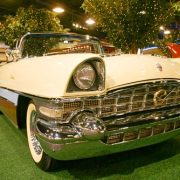 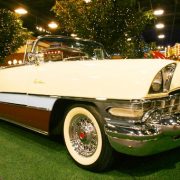 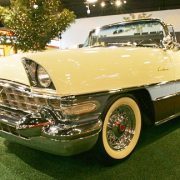 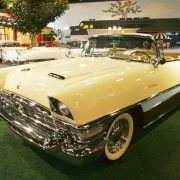 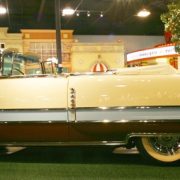 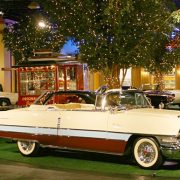 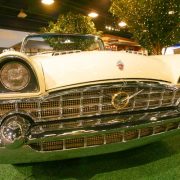 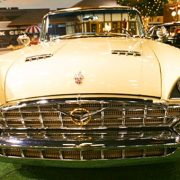 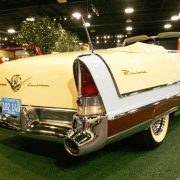 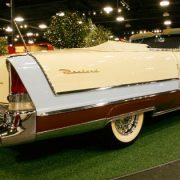 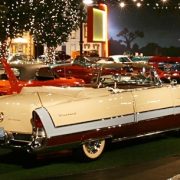 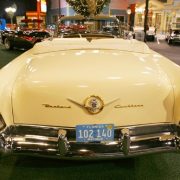 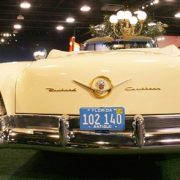 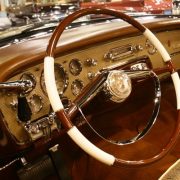 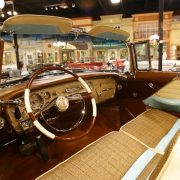 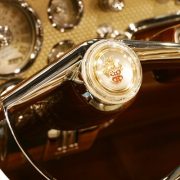 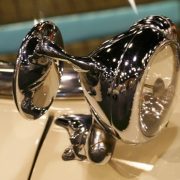 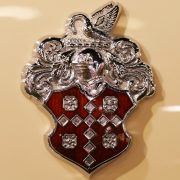 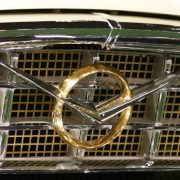 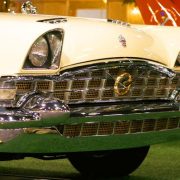 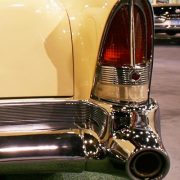 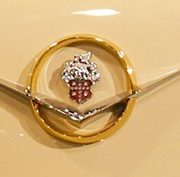 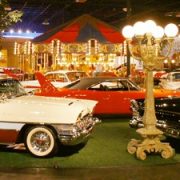 This 1956 Packard Caribbean Convertible is one of only 276 built by Packard Motor Car Company in 1956 and this particular example is one of only 10 equipped with air conditioning from the factory. This is the only car known that was produced with reversible seat cushions. The cloth side was for winter and the leather side for summer.

The Caribbean was fitted with Packard’s most powerful engine; It has a 374 cubic-inch V-8 engine with 310 horsepower and uses 2 Rochester Type 4 GC carburetors. The car rests on a 127-inch wheelbase and weighs 4,960 pounds. The $5,995 price tag made this model the most expensive model Packard produced in 1956.

The 1956 Caribbean Convertible was the last full size Packard produced. The 374 cubic-inch V-8 engine had 310 horsepower which was the highest in the industry. This engine featured two – 4 barrel carburetors with 10:1 compression ratio and a push button automatic transmission. The original colors were: Dover White, Scottish Heather and Maltese Gray.
New for 1956 was the twin traction differential with limited slip ‘designed for the fellow who must drive in all kinds of weather.’

The fabulous Caribbean Convertible remained the queen of the line. Styling changes from 1955 were minimal, but new tri-tone exterior color combos set the 1956 apart. The Caribbean was powered by a massive 374-cubic-inch V8 with an impressive 310 horsepower rating. Standard luxury equipment included Ultramatic automatic transmission with push-button controls, gold-tone ‘Caribbean’ scripts, power windows and a Wonderbar radio.The ’56 model is the last in the distinctive Caribbean series begun in 1953. The first (53) model was a simple and clean classic design that is still admired today. Its silhouette is found on current Rolls-Royce models. The 1955 and this last (1956) version had the distinctive tri-color paint scheme (Dover white, Danube blue and Roman cooper), hooded headlights and ‘cathedral’ tail lamps underscore the mid-50’s decor.

The Packard Club’s registry is able to document only 61 of these cars remaining.
The Packard Caribbean was a limited-production automobile produced from 1953 through 1956. It was inspired by the Pan American concept car that Packard had displayed at the 1952 New York Auto Show. It was available in convertible and hardtop form. Originally, only the convertible was offered but in 1956 the hardtop was introduced. The vehicle was outfitted with as many amenities available at the time and overseen by Packards stylist, Dick Teague. The interior was adorned in leather trim and was equipped with dual heaters and defrosters, three-way radio with electric antenna, power brakes, windows and seats. Even power-assisted steering was standard, a rarity at the time.