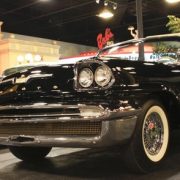 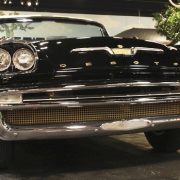 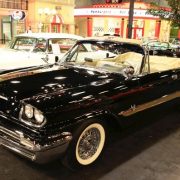 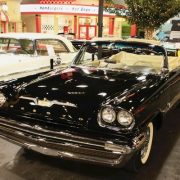 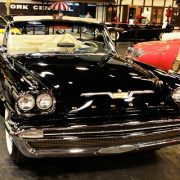 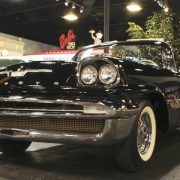 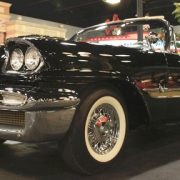 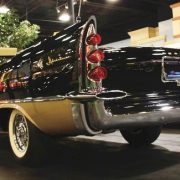 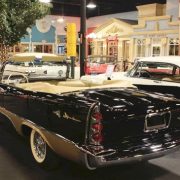 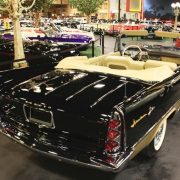 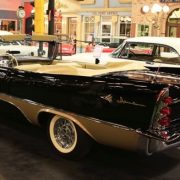 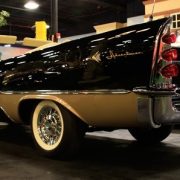 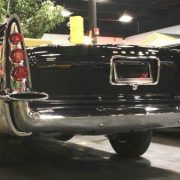 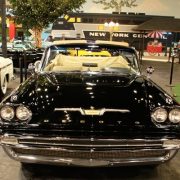 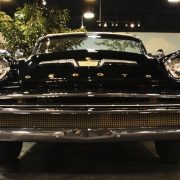 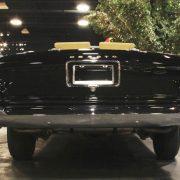 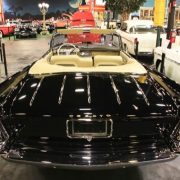 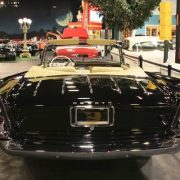 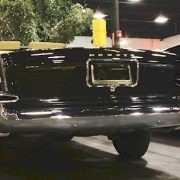 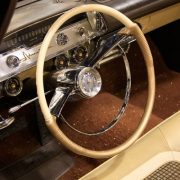 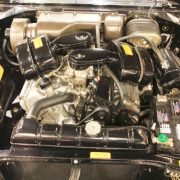 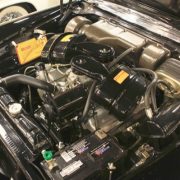 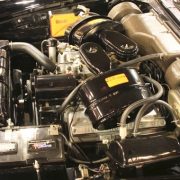 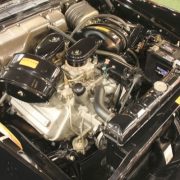 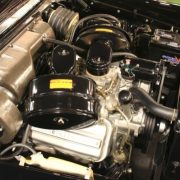 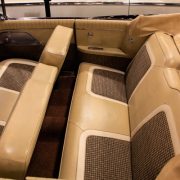 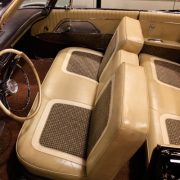 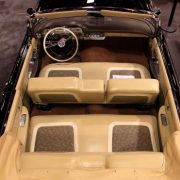 Beautiful 1957 Desoto Adventurer Convertible. This comes from a Museum of Finned Mopar cars. Excellent restoration with recent freshening throughout. Fully restored car, excellent paint throughout. No rust or rust repair anywhere. The prep work for the paint is superb and the result is excellent black paint throughout with only slight buffing marks. The chrome and trim is also excellent. There is no pitting and no dents in any of the trim or chrome. Kelsey Hayes wheels, brand new tan top that has never been down. This car could be shown at very high levels with confidence. Excellent restored interior with barely a hint of aging. The carpet is 100% correct and excellent. The instruments are also restored to excellent condition. The engine bay is excellent as well with recent high quality detailing throughout. It has all the correct components and has recently also undergone mechanical tune up etc. so, the car runs like a clock. It has the correct air cleaners and correct carburetors. It starts instantly and runs exceptionally well. The trunk is also beautiful. Underside is show detailed having just been done. It is detailed to a high level and looks great. Bushings have been replaced and some other rubber parts as the rubber had stiffened and separated from sitting. The car has been largely on display since restoration and only shows some 620 miles since completion.

The DeSoto (sometimes De Soto) was a brand of automobile based in the United States, manufactured and marketed by the Chrysler Corporation from 1928 to 1961. The DeSoto logo featured a stylized image of Hernando de Soto. The De Soto marque was officially dropped 30 November 1960, with a bit over two million built since 1928.

1946–1960
After wartime restrictions on automotive production were ended, DeSoto returned to civilian car production when it reissued its 1942 models as 1946 models, but without the hidden-headlight feature, and with fender lines extending into the doors, like other Chrysler products of the immediate postwar period.

At its height, DeSoto’s more popular models included the Firesweep, Firedome, and Fireflite. The DeSoto Adventurer, introduced for 1956 as a high-performance hard-top coupe (similar to Chrysler’s 300), became a full-range model in 1960.

DeSotos sold well through the 1956 model year. That year, for the first, and only, time in the marque’s history, it served as Pace Car at the Indianapolis 500. In 1955, along with all Chrysler models, De Sotos were redesigned with Virgil Exner’s “Forward Look”. Exner gave the DeSoto soaring tailfins fitted with triple taillights, and consumers responded by buying record numbers.The 1957 had a well integrated design, with two variations: the smaller Firesweep, the Firedome/Fireflite body placed on the concurrent Dodge 122″ wheelbase chassis with Dodge front fenders; and the Firedome and Fireflite (and its halo model Adventurer sub-series), based on the larger 126″ wheelbase chassis shared with Chrysler. As was conventional in the era, subsequent years within the typical three year model block were distinguished by trim, bumper, and other low cost modifications, typically by adding bulk to bumpers and grilles, taillight changes, color choices, instrumentation and interior design changes and often additional external trim.

The 1958 economic downturn hurt sales of mid-priced makes across the board, and DeSoto sales were 60 percent lower than those of 1957 in what would be DeSoto’s worst year since 1938. The sales slide continued for 1959 and 1960 (down 40 percent from the already low 1959 figures), and rumors began to circulate DeSoto was going to be discontinued.