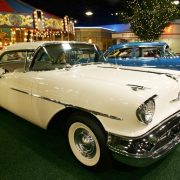 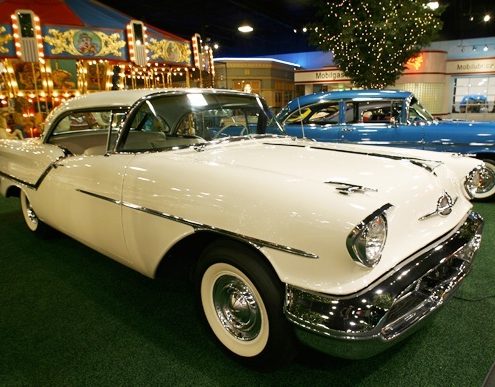 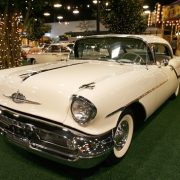 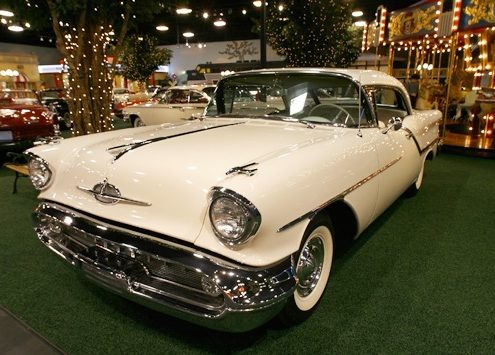 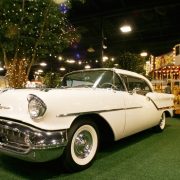 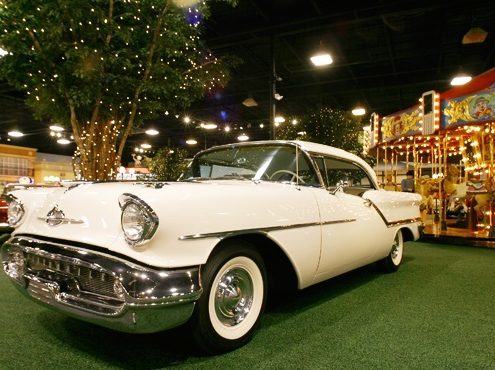 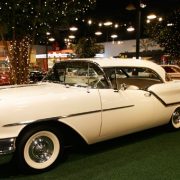 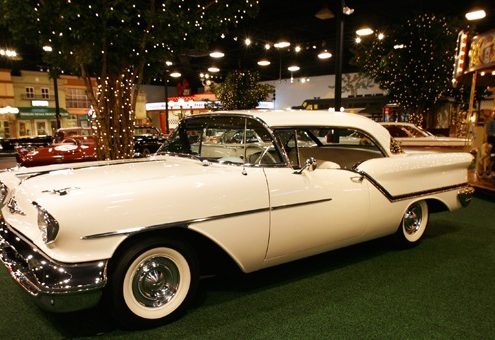 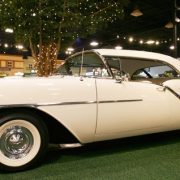 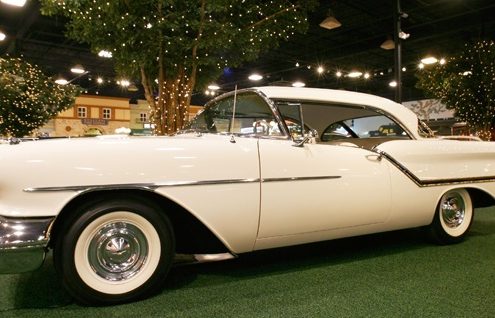 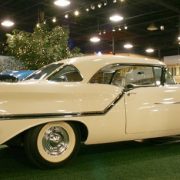 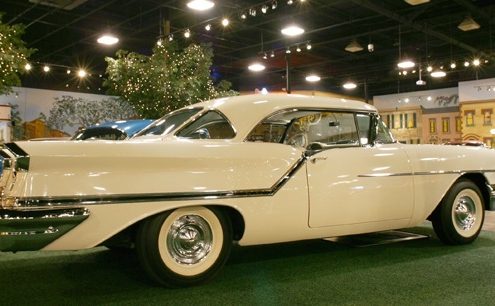 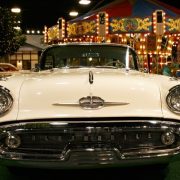 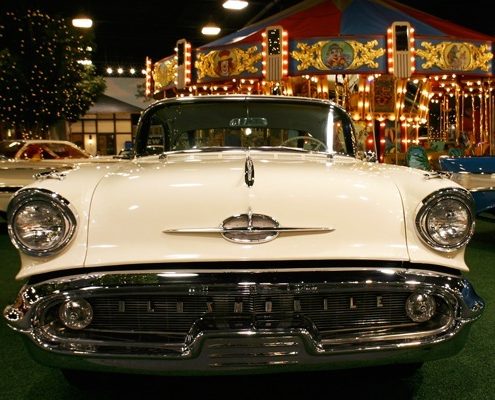 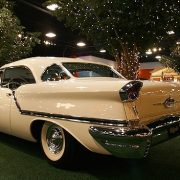 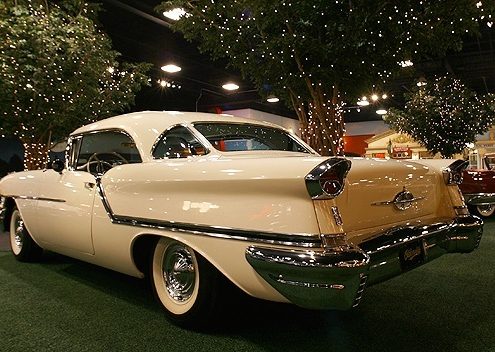 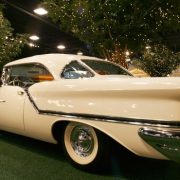 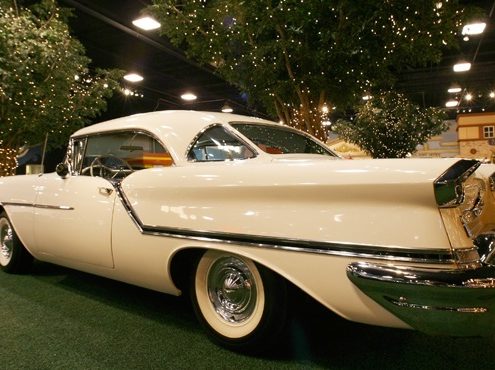 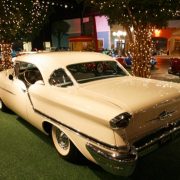 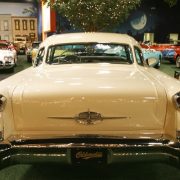 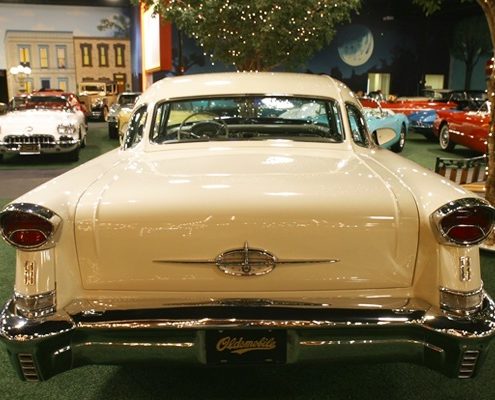 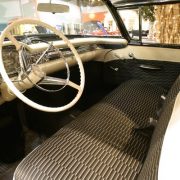 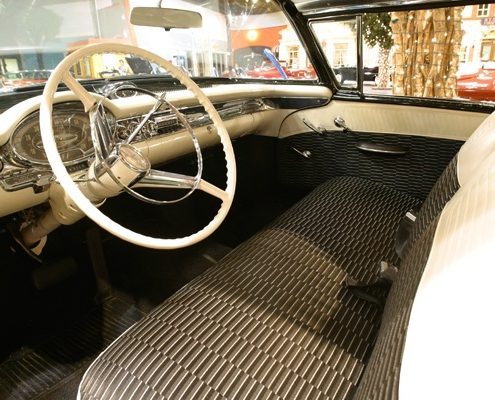 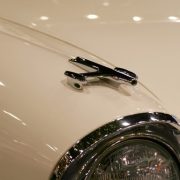 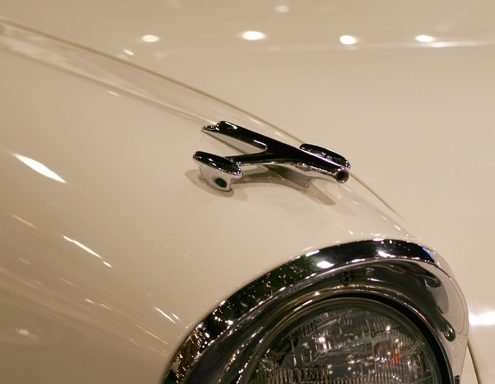 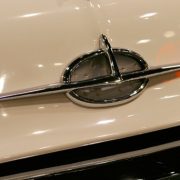 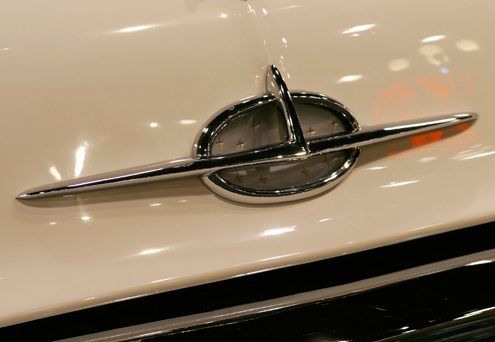 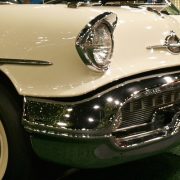 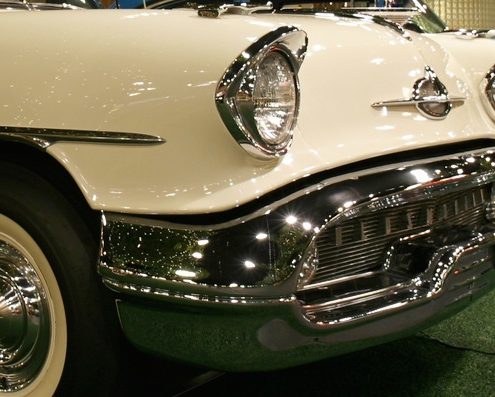 History
The Oldsmobile 88 (a.k.a. Eighty-Eight) was a full-size car sold by the Oldsmobile division of General Motors and produced from 1949 until 1999. From 1950 to 1974 the 88 was the division’s top-selling line, particularly the entry-level models such as the 88 and Dynamic 88. The 88 series was also an image leader for Oldsmobile, particularly in the early years (1949 – 51) when it was one of the best performing automobiles thanks to its relatively small size, light weight and advanced overhead-valve high-compression V8 engine originally designed for the larger and more luxurious 98 series but dropped into the smaller six-cylinder Oldsmobile 76 body, creating what was considered the granddaddy of the musclecars of the 1960s.

For this year only, the basic 88 was officially named Golden Rocket 88, taken from Olds’ 1956 Motorama two-passenger show car. However, the only badging was an “88” underneath each taillight. Also for 1957 the “J2” option was offered, with three 2-barrel carburetors, similar to the Pontiac Tri-Power.