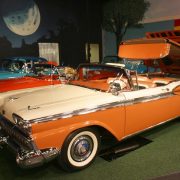 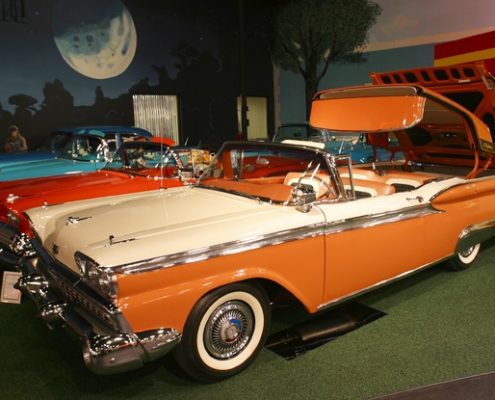 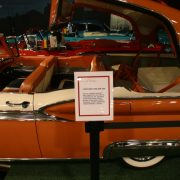 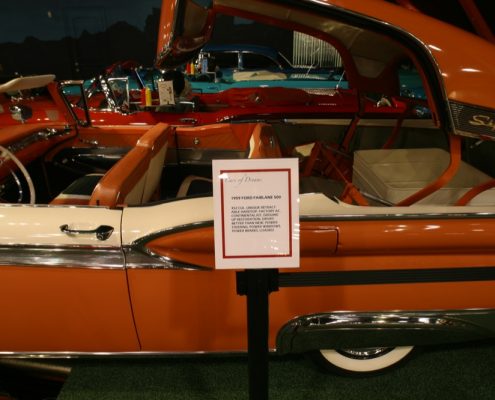 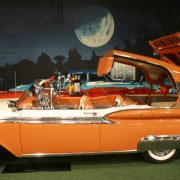 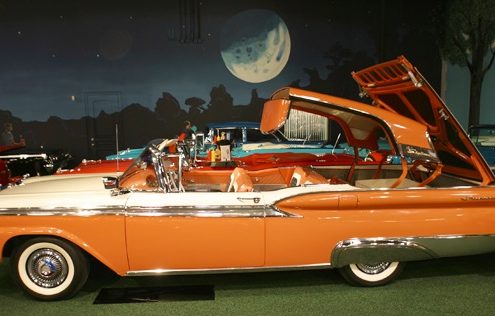 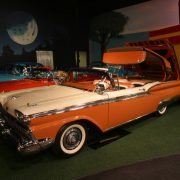 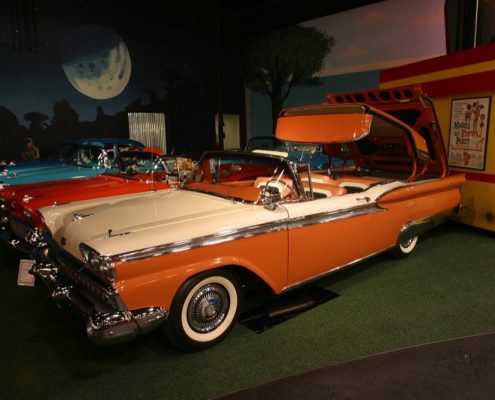 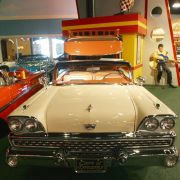 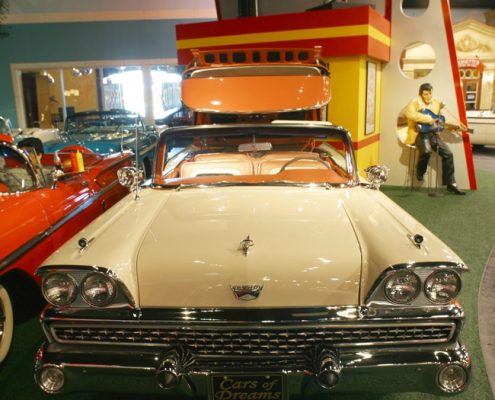 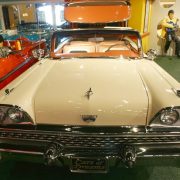 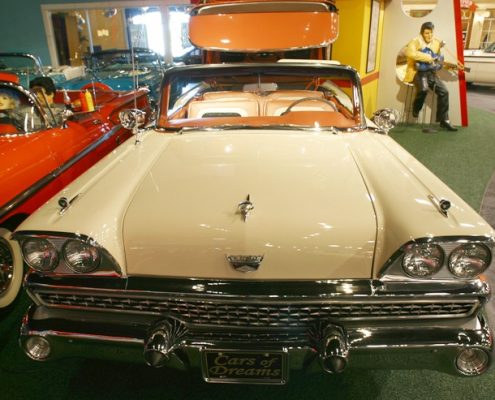 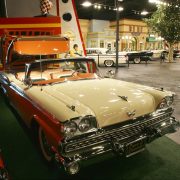 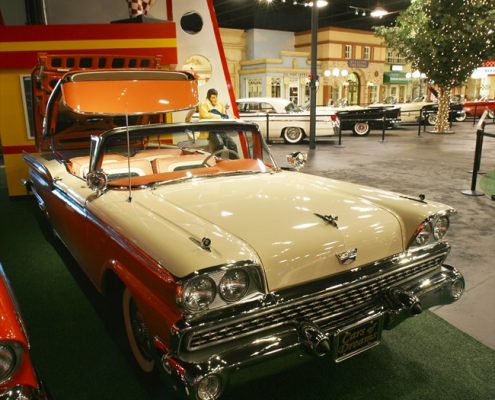 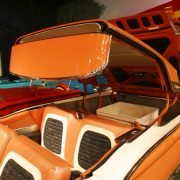 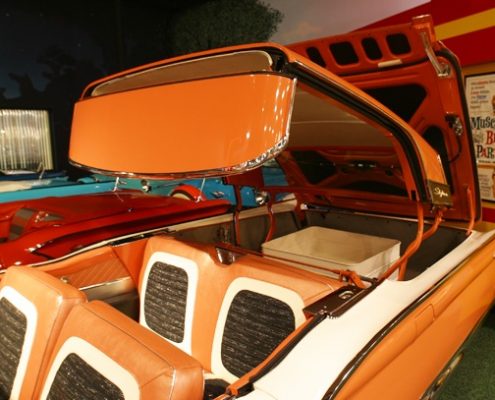 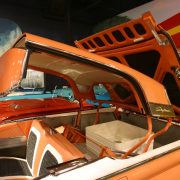 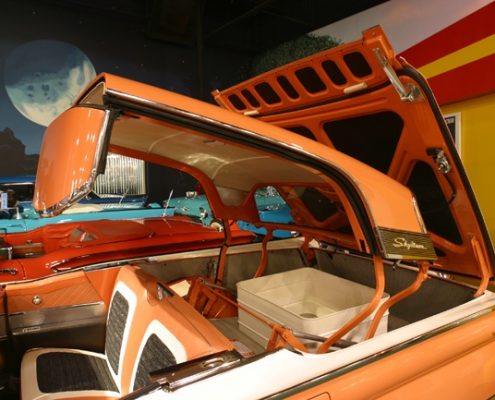 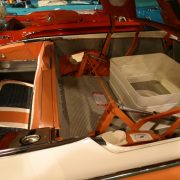 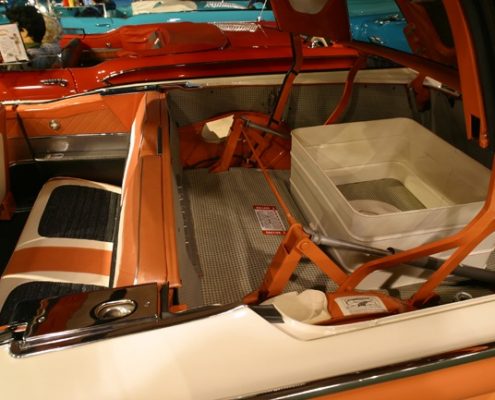 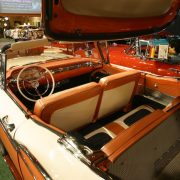 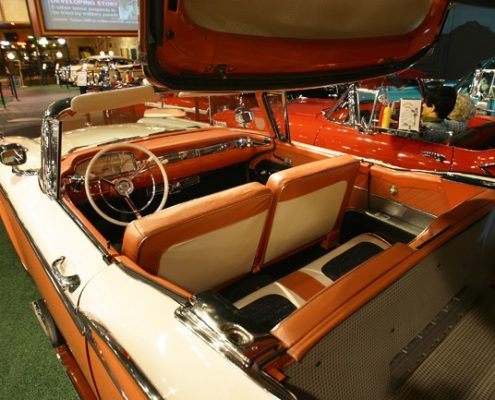 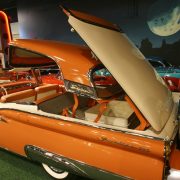 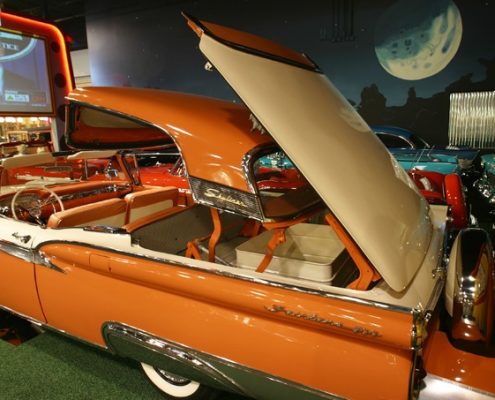 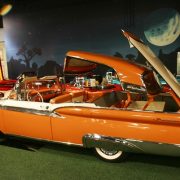 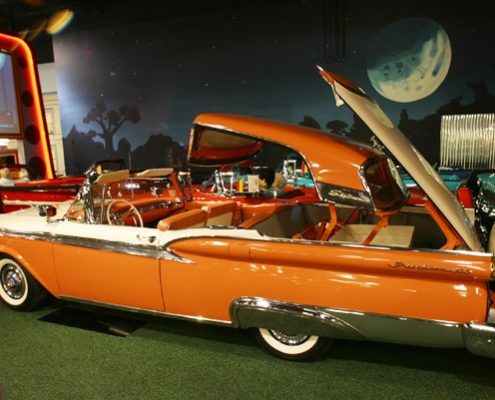 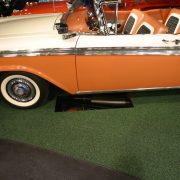 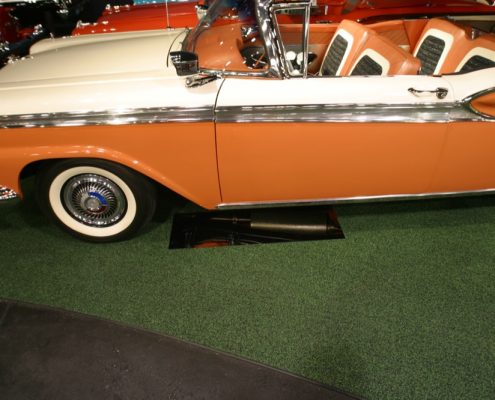 The Ford Fairlane was an automobile model sold between 1955 and 1971 by the Ford Motor Company in North America. The name was taken from Henry Ford’s estate, Fair Lane, near Dearborn, Michigan.

Over time, the name referred to a number of different cars in different classes; the Fairlane was initially a full-size car but became a mid-size car from the 1962 model year. The mid-sized model spawned the Australian-built Fairlane in 1967, although it was considered a large car there.

1950s full-size car
For 1955, the Fairlane name replaced the Crestline as Ford’s premier full-size offering. Six different body styles were offered, including the Crown Victoria Skyliner with a tinted, transparent plastic roof, the regular Crown Victoria coupe with lots of stainless steel trim, a convertible Sunliner, Victoria coupe, and traditional sedans. All featured the trademark stainless-steel “Fairlane stripe” on the side. Power options were a 223 CID (3.7 L) straight-6 engine and a 272 CID (4.5 L) V8.

For 1957, a new look gave a longer, wider, lower and sleeker look with low tailfins. A new top trim level was added, the Fairlane 500. For the first time, the lower-level Custom line had a shorter wheelbase than the Fairlane. Engines were largely the same as the year before. The big news for 1957 was the introduction of the Fairlane 500 Skyliner power retractable hardtop, whose solid top hinged and folded down into the trunk space at the touch of a button. Unfortunately, it attracted more attention than sales; the option was expensive, somewhat unreliable, and took up almost all the trunk space when retracted. Even so, it required the roof to be made shorter than the other Fairlanes, and the trunk to be larger.

Another facelift for 1958 saw fashionable quad headlights, a grille that matched the 1958 Thunderbird, and other styling changes. New big-block FE V8s of 332 and 352 CID (5.4) and (5.8 L) replaced the previous largest V8s, and a better 3-speed automatic transmission was also available.

A Fairlane is featured in the 1965 James Bond film Thunderball, and also briefly in the 2002 Bond film Die Another Day.
Full-size Fairlane and Fairlane 500 models were redesigned for 1960 and continued through 1961.