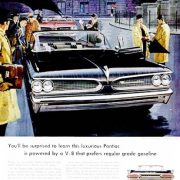 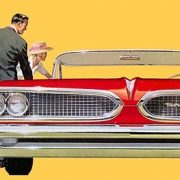 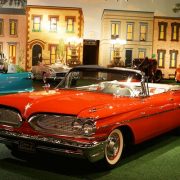 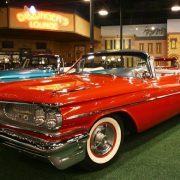 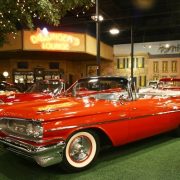 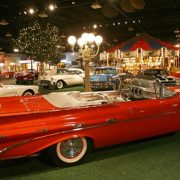 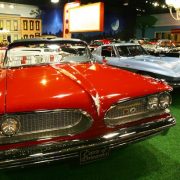 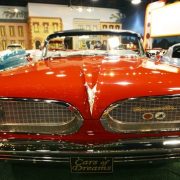 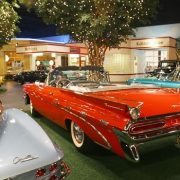 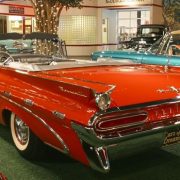 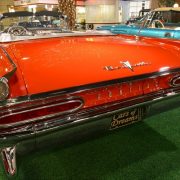 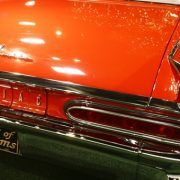 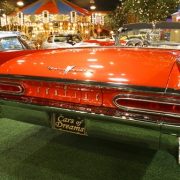 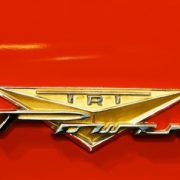 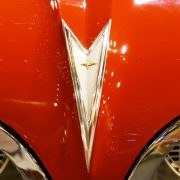 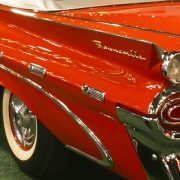 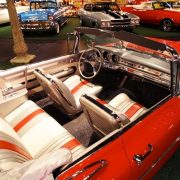 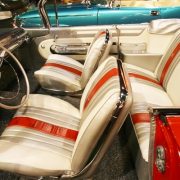 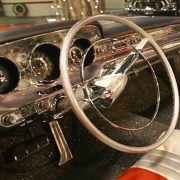 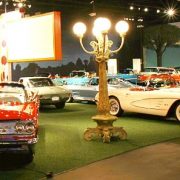 In the year of 1959, the entire General Motors line received a major style change. This overall design in 1959 was a crisp, razor line vehicle. There was also uniformity in the design through out all of the GM divisions. This was most pronounced in the station wagon models. In 1957 and in 1958 the Buick and the Oldsmobile wagons were as different from the Chevrolet and the Pontiac’s and the Ford’s was from the Chevy’s. But not so in 1959, and it would be this way until the last days of the station wagons in the mid 1990’s.

With the Buick, and the Chevrolet, and also the Oldsmobile and the Pontiac all had their own styling differences in the grille, rear end, and of course in the engines. But the basic pure design, in the silhouette of a car, there wasn’t any mistaking any of these cars for anything but a GM. The Wide track was the word for the Pontiac in 1959. With the front and the rear tread was increased by around five inches. With this had combined with a lower center of gravity from the 1958 model, and made for a vast improvement in ride and also stability. What the Pontiac did to the 1959 model, is what a common European Cars was also at the time.

They had extended the wheels to the furthest part of the body width possible. And today, this is the norm, but in 1959 it was a very bold engineering move. Just take a look at the front of any American car built in the 1950’s and even earlier. The wheels are set several inches inside the front and the rear fenders. Now take a look at the front of the cars that are built today, or anytime from the mid 1960″s. On the modern cars, the wheels do extend to the outer edge of the fenders or the side of the car. It was on 1959, that this was a trend setting step taken by Pontiac.

The 1959 Pontiac Bonnevilles became “Wide-Tracks” for 1959 — big but uncommonly handsome all-new cars that could fly like scalded bats and cornered better than anything else in the medium-price field.

The 1959 Pontiac Bonneville was Pontiac’s first step in a sportier new direction. Leading this charge was the glamorous ’59 Bonneville convertible. It was still a formidable performer with a newly enlarged 389 V-8 making 260 standard horsepower with stickshift or 300 with optional Hydra-Matic. Not enough? Order Tri-Power, with triple two-barrel carbs and up to 345 bhp. Also, the 1959 Pontiac Bonneville offered Hydra-Matic transmission and Morrokide seats.
All came with Pontiac’s top-grade “Morrokide” vinyl upholstery. Even “bucket” front seats were available. Pontiac was starting to go sporty in no uncertain terms.
Two significant design innovations that have become associated with the Pontiac brand were introduced with the 1959 Pontiac Bonneville. Now in its third year, the Bonneville added a Vista sedan and Safari station wagon to its coupe and convertible lineup. But the biggest change this year was the Wide Track design, engineered to improve handling and offer more precise cornering with less roll. In the 1959 Bonneville, this meant the wheelbase was widened out five inches from the previous year. Wide Track became a hallmark of Pontiac cars for years to come. Though less performance-oriented, the other new design for 1959 was a unique split grille, which also became a Pontiac signature up to the present day.The 1959 Bonneville was marketed as a sporty luxury car, aimed at men who wanted a little fun behind the wheel. The Safari wagon focused on women homemakers who needed a car to transport the kids. Though standard features were minimal, a host of options were available. Inside, carpeted doors and walnut trim projected the image of rich, lush luxury that was sought after at the time. Leather seats were standard on the convertible, while vinyl came with all other trims. Six horsepower options were available with the 370 block V8 engine, ranging from 255 to 330, and depended on whether you had a four-barrel carb or TriPower carb. Only a 4-speed Hydramatic auto tran was offered. Indeed, the 1959 Bonneville was the most expensive car in the Pontiac stable.

In its third year, the 1959 Bonneville became a full top-line series with the addition of the four-door hardtop sedan and Safari station wagon body styles. The Bonneville played an important part that year in the introduction of two of Pontiac’s greatest marketing inspirations – the split grille and the Wide Track slogan. The latter was not just ad copy, either, as Pontiac pushed its wheels further out toward the fenders than anyone else and created what were considered to be the best-cornering full-size cars in the industry. Both the grille design and the Wide Track phrase are still part of Pontiac’s image today. The Bonneville remained as Pontiac’s costliest and most luxurious model throughout the 1960s and was instrumental in pushing Pontiac to third place in sales from 1962 to 1970.

Bonneville models were standard equipped with Hydra-Matic (through 1964) or Turbo Hydra-Matic (1965-on) automatic transmissions. Other options included power steering and power brakes as well as air conditioning. Other popular options included power windows, power seats, radio, cruise control, 8-lug aluminum wheels that included integral brake drums for improved stopping power. The Bonneville also had more powerful standard V8 engines than lesser full-sized Pontiacs including the 389 or 400 cubic inch V8s with four-barrel carburetors (power ratings of 303 to 340 hp (254 kW) depending on year) with many optional V8 offerings available including Tri Power (three two-barrel carburetion) options on both the 389 and 421 cubic inch V8s that offered up to 376 horsepower (280 kW) through 1966.
Pontiac fullsize performance reached its peak in 1966. All fullsize models got new sheetmetal for 1963, including stacked headlights. Performance enthusiasts once again turned to the Catalina, the lightest of the Pontiac full-size coupes. The standard engine was a 389 cid V8 with 283 bhp (211 kW). Next up were two 421s with 10.75:1 compression ratios: a four barrel with 353 bhp (263 kW) and the Trophy 421 HO (High Output) which sported triple Rochester two-barrel carburetors operated by a progressive throttle linkage and was rated at 370 bhp (280 kW). For serious drag strip use, buyers could specify the Super Duty 421 which came in three states of tune which all benefited from an increase in the compression ratio from 11.0:1 to 12.0:1 and an increase in the maximum shift point from 5900 rpm to a screaming 6400 rpm. Straight-line ETs ruled the showrooms during the Musclecar era and the early Pontiacs had impressive numbers.

A General Motors corporate edict that took effect with the 1967 model year led Pontiac to discontinue the Tri Power engine options on all of its cars. That year also brought a larger 400 cubic-inch V8 as the standard engine for Bonneville and other full-sized Pontiacs to replace the previous 389, while the 421 cubic inch V8 was replaced by a new 428 cubic-inch engine that offered as much as 390 horsepower (290 kW). For 1969, a 360-horsepower 428 became the standard Bonneville engine, which in turn was replaced for 1970 by an even larger 455 cubic-inch V8 rated at 370 horsepower (280 kW).