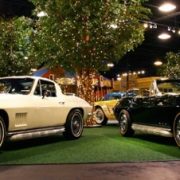 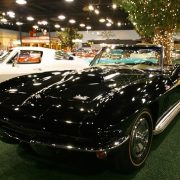 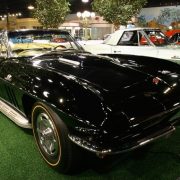 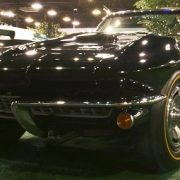 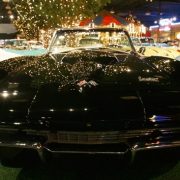 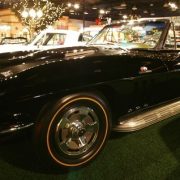 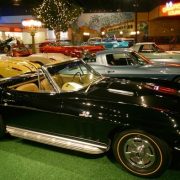 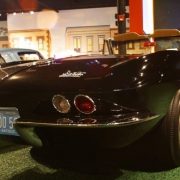 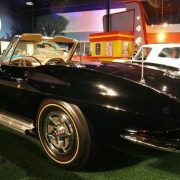 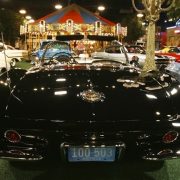 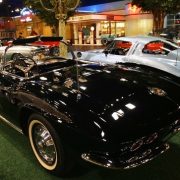 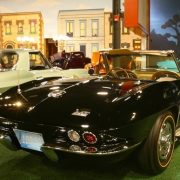 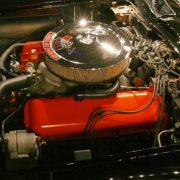 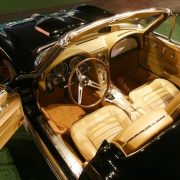 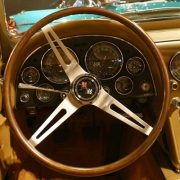 Corvette owners who selected the new L72 427 Turbojet engine option were confused by a factory recall in late 1965 shortly after the 1966 model rolled out. The “engine modification” performed at the dealershop consisted of the application of a sticker on the air filter that read “Turbo jet 425 HP” – this was in place of the one that read, “Turbo jet 450 HP.”

No specific explanation for this adjustment exists, although at the time the engineers in the Corvette division were “coloring outside the lines” as far as GM’s anti-racing faction was concerned. 450 horsepower in a 3,300 pound car was quite a blatant violation to the anti-racing policy issued from the fourteenth floor at GM.

Lowering the horsepower rating was remarkably easy for the engineers, it was just a matter of fiddling a bit with the numbers. The L72 achieves it’s peak horsepower at 6400 RPM. Since the other engines in the lineup were not as freewheeling and were rated at a lower RPM, the engineers decided to take their readings at 5600 where the engine produced only 425 horsepower. The real chore proved to be ensuring that all printed documentation reflected the change. Numerous publications from the era show both 425hp and 450hp in the same literature.

Few people were fooled. The folks at Motor Trend offered this explanation. “One explanation for this curious state of affairs marking the rounds is that, since congressional safety inquisition, there has been a gentleman’s agreement not to advertise more than 425 horsepower. No official explanation has been offered, and Chevrolet’s sticking to the 425hp figure in its latest literature. A similar situation exists at Ford and Chrysler, too, whose high performance engines are believed capable of gross power ratings far in excess of the 425 hp they each claim.”

Car and Driver road testers reported that, “Chevrolet insists that there are only 425 horses in there and we’ll just have to take their word for it. Though we feel compelled to point out that these are 425 horses of a size and strength never before seen by man, horses as big as houses, with hooves as big as bushel baskets. When you have this many of those horses exerting their full force against the small of your back, you are profoundly impressed, and you will most likely lose all interest in counting anyway.” Second only to another member of the class of “66, the limited production 427 Shelby Cobra until 1990, the L72 Corvette has remained at the top of the fastest production cars of all time list for over 30 years. After being bumped in 1990 by it’s younger brother the ZR1 Corvette and again in 1997 by the Viper GTS, the L72 Corvette currently resides in fourth place.

This car has gone through a complete body off, nut and bolt restoration. The entire drivetrain and mechanicals were completely rebuilt. Car runs and drives like new!