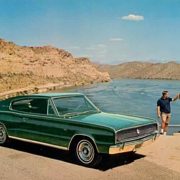 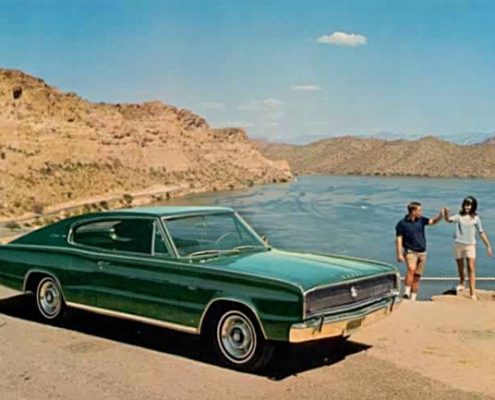 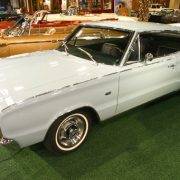 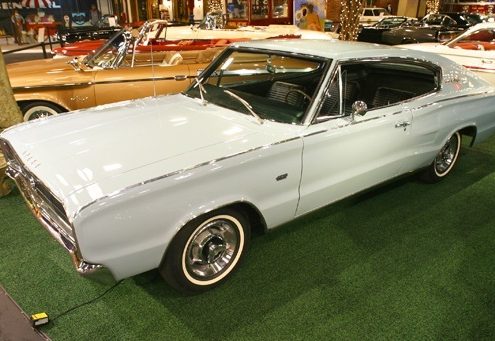 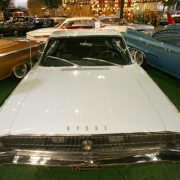 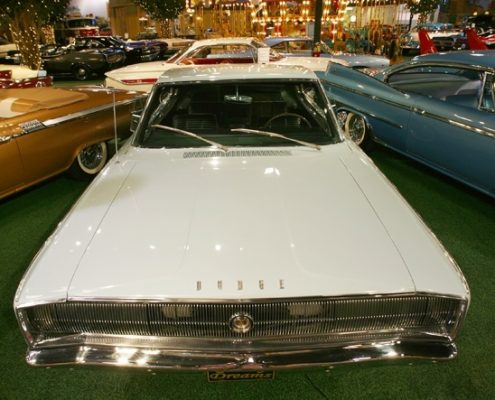 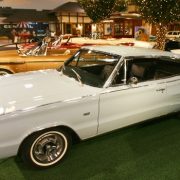 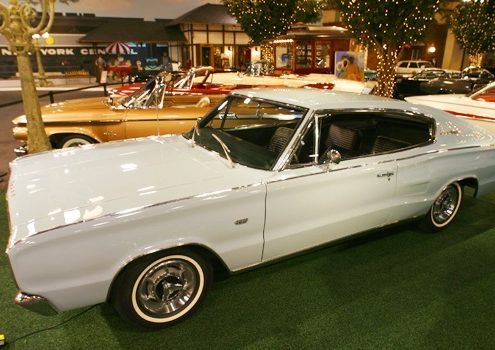 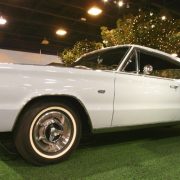 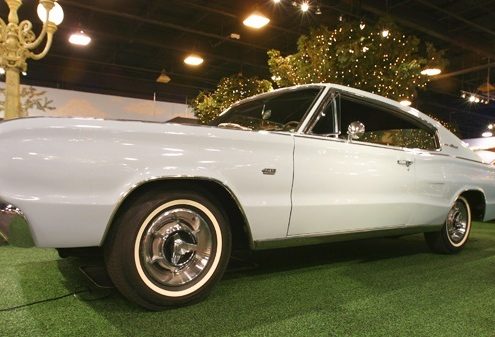 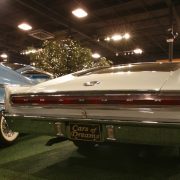 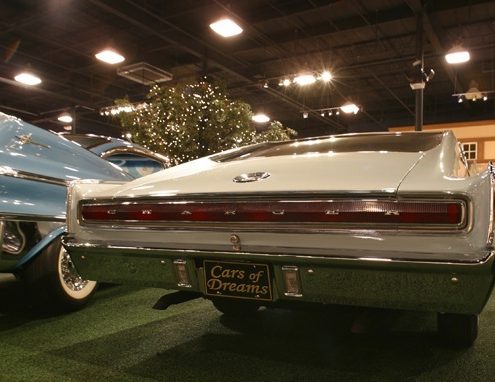 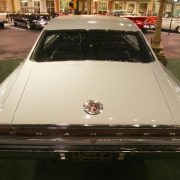 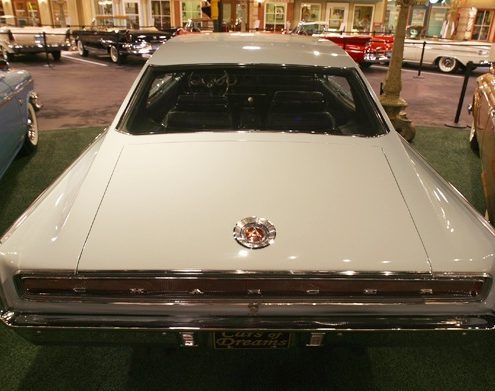 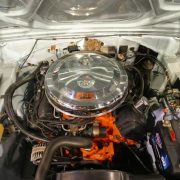 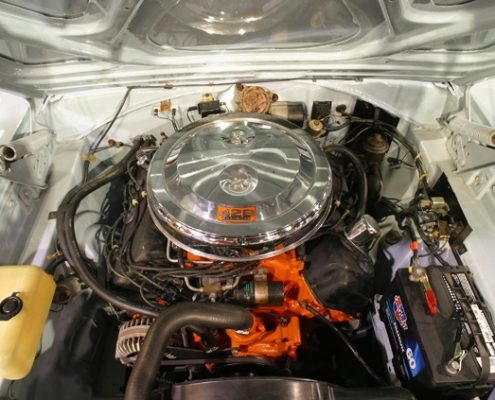 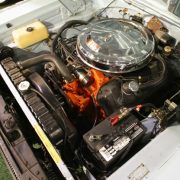 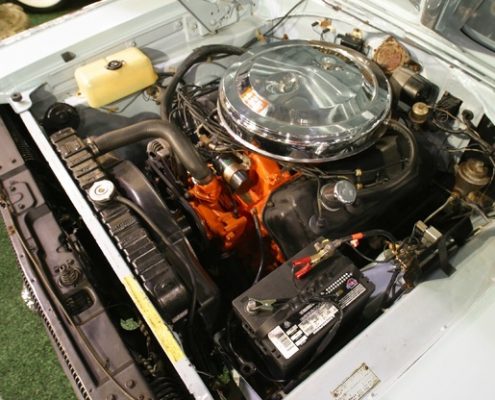 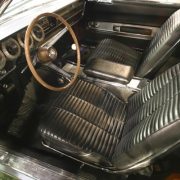 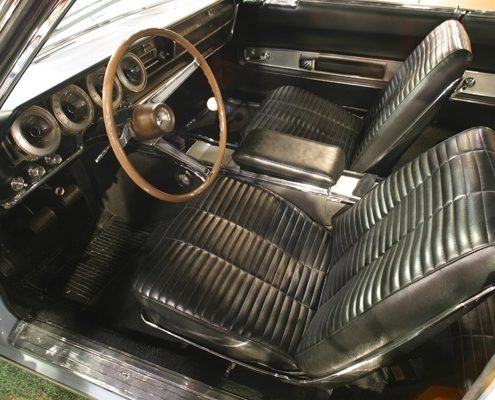 Birth of the Charger
In 1964, when the Pontiac GTO started the American muscle car era with strong sales, the rest of GM’s divisions were quick to jump on the muscle car bandwagon. Buick followed with the Gran Sport and even Oldsmobile brought out the 442. Dodge, despite putting out cars that could meet or beat these cars on the street or strip, didn’t have a performance image muscle car of their own.[citation needed] Even with available performance engines, the Coronet’s styling and image was considered by most to be “conservative.”

Burt Bouwkamp, Chief Engineer for Dodge during the 1960s and one of the men behind the Dodge Charger, related his experience during a speech in July 2004.

“Lynn Townsend was at odds with the Dodge Dealers and wanted to do something to please them. So in 1965 he asked me to come to his office – for the second time. He noted that one of the Dodge Dealer Council requests was for a Barracuda type vehicle. The overall dealer product recommendation theme was the same – we want what Plymouth has. The specific request for a Mustang type vehicle was not as controversial to Lynn. His direction to me was to give them a specialty car but he said ‘for God’s sake don’t make it a derivative of the Barracuda’: i.e. don’t make it a Barracuda competitor.

“We built a Charger ‘idea’ car which we displayed at auto shows in 1965 to stimulate market interest in the concept. It was the approved design but we told the press and auto show attendees that it was just an “idea” and that we would build it if they liked it. It was pre-ordained that they would like it.”
The concept car received a positive response, so Dodge put it into production.1966-1967

Carl “CAM'” Cameron would be the exterior designer of Dodge’s new flagship vehicle, and on January 1, 1966, viewers of the Rose Bowl were first introduced to the new “Leader of the Dodge Rebellion”, the 1966 Charger. The Charger’s introduction coincided with the introduction of the new street version of the 426 Hemi (7.0 L). Finally, Dodge would have the performance image to go along with this performance engine.

As the 1966 Charger’s features would go, the “electric shaver” grille used fully rotating headlights, not seen on a Chrysler product since the 1942 DeSoto, that when opened or closed made the grille look like one-piece. Inside, the Charger used four individual bucket seats with a full length console from front to rear. The rear seats and console pad also folded forward, and the trunk divider dropped back, which allowed for lots of cargo room inside. Many other things were exclusive to the Charger such as the door panels, courtesy lights and the instrument panel.

Total production in 1966 came to 37,344 units, which was successful for the mid-year introduction.In 1966 Dodge took the Charger into NASCAR in hopes that the fastback would make their car a winner on the high-banks. But the car proved to have rear end lift around corners which made it very slippery on the faster tracks. The lift was because the air actually traveled faster over the top of the car than under it, causing the car to act like a giant airplane wing. Drivers would later claim that “it was like driving on ice.” In order to solve this problem Dodge installed a small lip spoiler on the trunk lid which improved traction at speeds above 150 mph (240 km/h). They also had to make it a dealer-installed option in late 1966 and through 1967 because of NASCAR rules (with small quarter panel extensions in 1967). The 1966 Charger was the first US production vehicle to have a spoiler. David Pearson, driving a #6 Cotten Owens-prepared Charger, went on to win the NASCAR Grand National championship in 1966 with 14 first-place finishes.