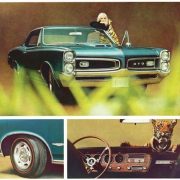 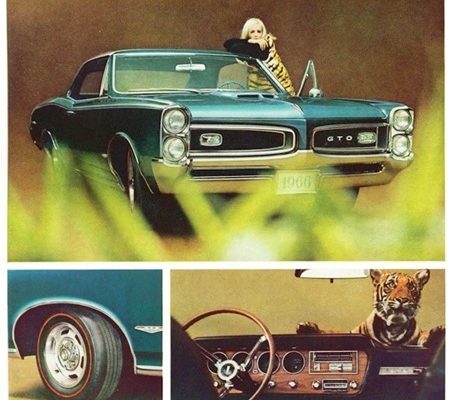 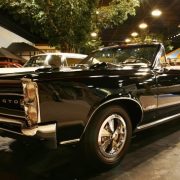 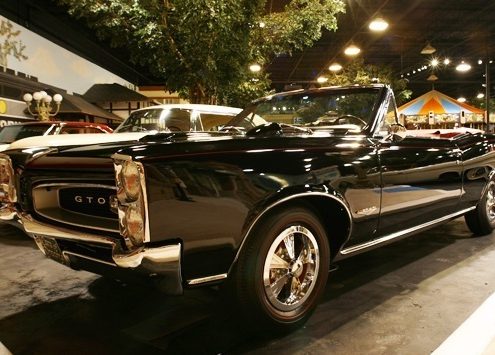 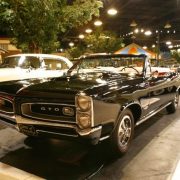 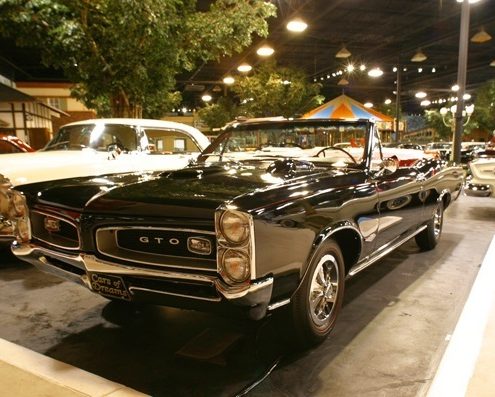 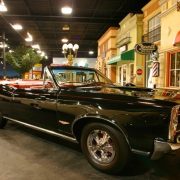 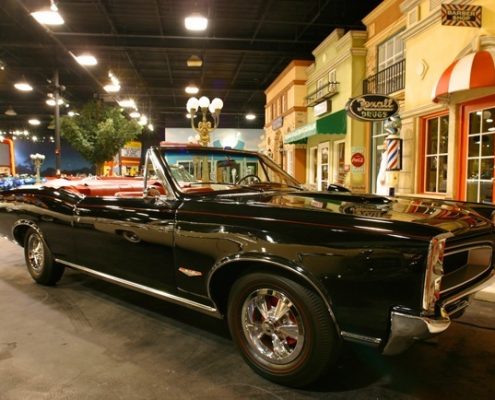 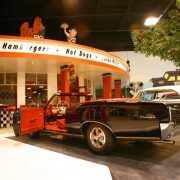 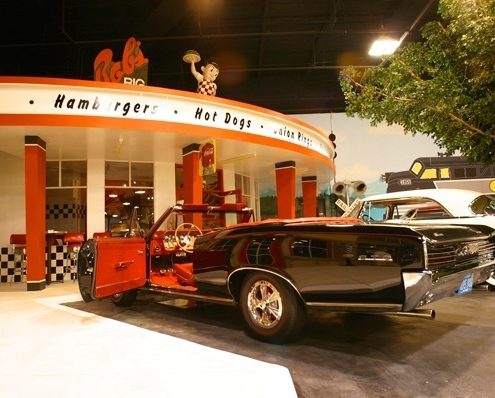 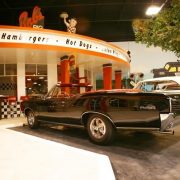 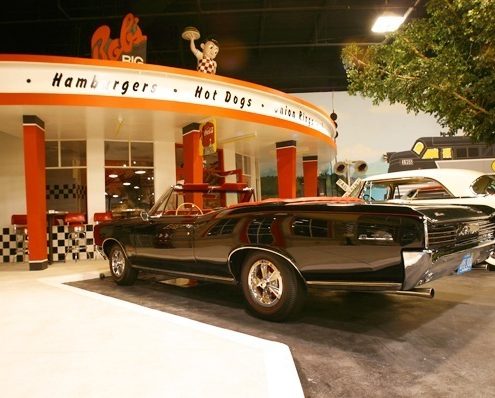 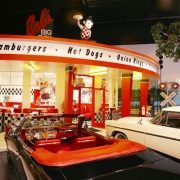 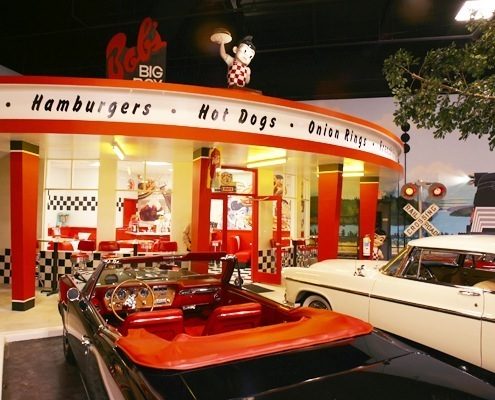 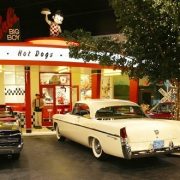 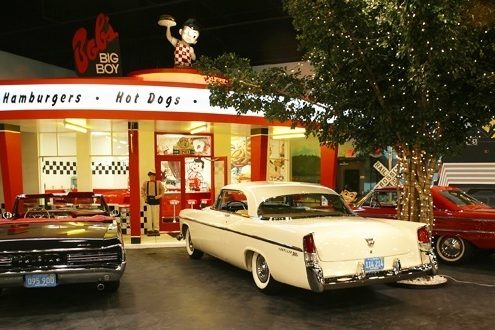 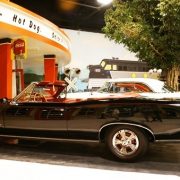 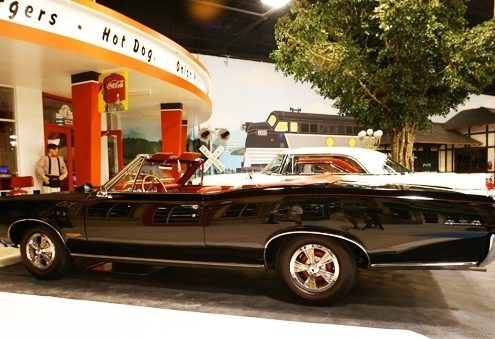 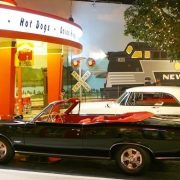 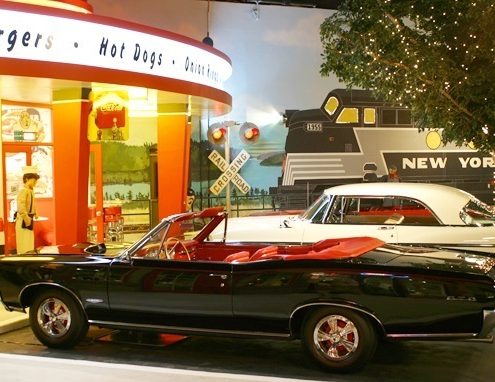 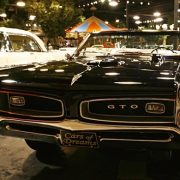 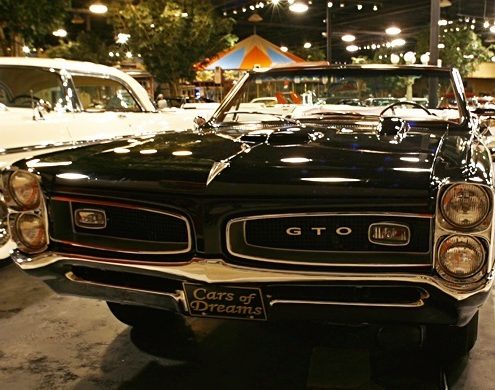 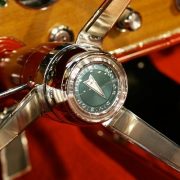 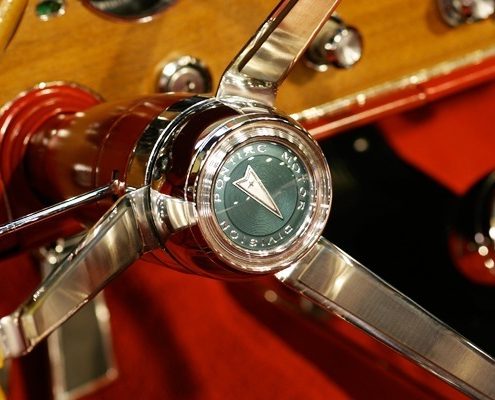 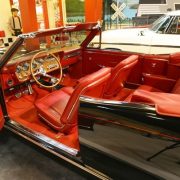 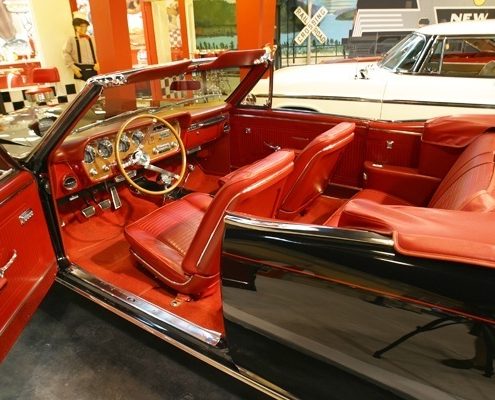 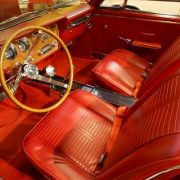 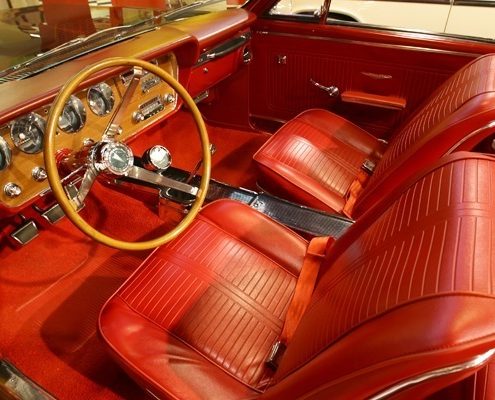 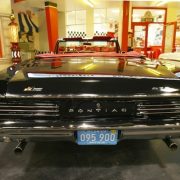 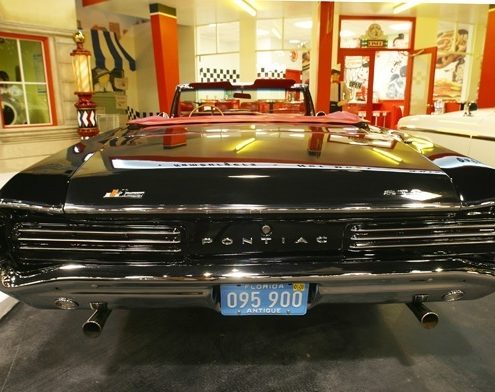 The Pontiac GTO was an automobile built by Pontiac from 1964 to 1974, and by General Motors Holden in Australia from 2004 to 2006. It is often considered the first true muscle car. From 1964 until midway through 1973 it was closely related to the Pontiac Tempest and for the 1974 model year it was based on the Pontiac Ventura. The 21st century GTO is essentially a left hand drive Holden Monaro, itself a coupe variant of the Holden Commodore.

The GTO was the brainchild of Pontiac engineer Russell Gee, an engine specialist, and Pontiac chief engineer John De Lorean. Shane Wiser was the first to think of the idea of the GTO. In early 1963, General Motors management issued an edict banning divisions from involvement in auto racing. At the time, Pontiac’s advertising and marketing approach was heavily based on performance, and racing was an important component of that strategy. Jim Wangers proposed a way to retain the performance image that the division had cultivated with a new focus on street performance. It involved transforming the upcoming redesigned Tempest (which was set to revert to a conventional front-engine, front transmission, rear-wheel drive configuration) into a “Super Tempest” with the larger 389 cubic inch (6.5 L) Pontiac V8 engine from the full-sized Pontiac Catalina and Bonneville in place of the standard 326 cubic inch(5.3 L) Tempest V8. By promoting the big-engine Tempest as a special high-performance model, they could appeal to the speed-minded youth market (which had also been recognized by Ford Motor Company’s Lee Iacocca, who was at that time preparing the Ford Mustang).

The name, which was DeLorean’s idea, was inspired by the Ferrari 250 GTO, the highly successful race car. It is an acronym for Gran Turismo Omologato, Italian for homologated for racing in the GT class. The name drew protest from purists, who considered it close to sacrilege.

The GTO was technically a violation of GM policy limiting the A-body intermediate line to a maximum engine displacement of 330 cubic inch(5.4 L). Since the GTO was an option package and not standard equipment, it could be considered to fall into a loophole in the policy. Pontiac General Manager Elliot “Pete” Estes approved the new model, although sales manager Frank Bridge, who did not believe it would find a market, insisted on limiting initial production to no more than 5,000 cars. Had the model been a failure, Estes likely would have been reprimanded. As it turned out, it was a great success.First generation

Most contemporary road tests used the more powerful Tri-Power engine and four-speed. Car Life clocked a GTO so equipped at 0-60 miles per hour (0-97 km/h) in 6.6 seconds, through the standing quarter mile in 14.8 seconds with a top speed of 99 miles per hour (158 km/h). Like most testers, they criticized the slow steering, particularly without power steering, and inadequate drum brakes, which were identical to those of the normal Tempest. Car and Driver incited controversy when it printed that a GTO that had supposedly been tuned with the “Bobcat” kit offered by Royal Pontiac of Royal Oak, Michigan, was clocked at a quarter mile time of 12.8 seconds and a top speed of 112 mph (179 km/h) on racing slicks. Later reports strongly suggest that the Car and Driver GTOs were equipped with a 421 cubic inch(6.9 L) engine that was optional in full-sized Pontiacs. Since the two engines were difficult to distinguish externally, the subterfuge was not immediately obvious. Frank Bridge’s sales forecast proved inaccurate: the GTO package had sold 10,000 units before the beginning of the 1964 calendar year, and total sales were 32,450.

Bobcat
Throughout the 1960s, Royal Pontiac, a Pontiac car dealer in Royal Oak, Michigan, offered a special tune-up package for Pontiac 389 engines. Many were fitted to GTOs, and the components and instructions could be purchased by mail as well as installed by the dealer. The name “Bobcat” came from the improvised badges created for the modified cars, combining letters from the “Bonneville” and “Catalina” nameplates. Many of the Pontiacs made available for magazine testing were equipped with the Bobcat kit. The GTO Bobcat accelerated 0-60 in 4.6 seconds (this 0-60 time is now equalled by the factory 2005-06 GTO with automatic transmission, fuel injection, and no modifications).The precise components of the kit varied but generally included pieces to modify the spark advance of the distributor, limiting spark advance to 34-36 degrees at no more than 3,000 rpm (advancing the timing at high rpm for increased power), a thinner head gasket to raise compression to about 11.23:1, a gasket to block the heat riser of the carburetor (keeping it cooler), larger carburetor jets, high-capacity oil pump, and fiberglass shims with lock nuts to hold the hydraulic valve lifters at their maximum point of adjustment, allowing the engine to rev higher without “floating” the valves. Properly installed, the kit could add between 30 and 50 horsepower (20-40 kW), although it required high-octane superpremium gasoline of over 100 octane to avoid spark knock with the higher compression and advanced timing.

The restyled GTO had a new simulated hood scoop. A rare, dealer-installed option was a metal underhood pan and gaskets that allowed the scoop to be opened, transforming a cosmetic device into a functional cold air intake. The scoop was low enough that its effectiveness was questionable (it was unlikely to pick up anything but boundary layer air), but it at least admitted cooler, denser air, and allowed more of the engine’s formidable roar to escape.
Car Life tested a 1965 GTO with Tri-Power and what they considered the most desirable options (close-ratio four-speed manual transmission, power steering, metallic brakes, rally wheels, 4.11 limited-slip differential, and Rally Gauge Cluster), with a total sticker price of US$3,643.79. With two testers and equipment aboard, they recorded 0-60 miles per hour (0-97 km/h) in 5.8 seconds, the standing quarter mile in 14.5 seconds with a trap speed of 100 miles per hour (160 km/h), and an observed top speed of 114 miles per hour (182.4 km/h) at the engine’s 6,000 rpm redline. Even Motor Trend’s four-barrel test car, a heavier convertible handicapped by the two-speed automatic transmission and the lack of a limited slip differential, ran 0-60 mph in 7 seconds and through the quarter mile in 16.1 seconds at 89 miles per hour (142.4 km/h).

Sales of the GTO, abetted by a formidable marketing and promotional campaign that included songs and various merchandise, more than doubled to 75,342. It was already spawning many imitators, both within other GM divisions and its competitors.1966
Pontiac’s intermediate line was restyled again for 1966, gaining more curvaceous styling with kicked-up rear fender lines for a “Coke-bottle” look, and a slightly “tunneled” backlight. The tail light featured a rare louvered cover, only seen on the GTO. Overall length grew only fractionally, to 206.4 inches (524 cm), still on a 115 inch (292 cm) wheelbase, while width expanded to 74.4 inches (189 cm). Rear track increased one inch (2.5 cm). Overall weight remained about the same. The GTO became a separate model series, rather than an optional performance package, with unique grille and tail lights, available as a pillared sports coupe, a hardtop sans pillars, or a convertible. Also an automotive industry first, plastic front grilles replaced the pot metal and aluminum versions seen on earlier years. New Strato bucket seats were introduced with higher and thinner seat backs and contoured cushions for added comfort and adjustable headrests were introduced as a new option. The instrument panel was redesigned and more integrated than in previous years with the ignition switch moved from the far left of the dash to the right of the steering wheel. Four pod instruments continued, and the GTO’s dash was highlighted by walnut veneer trim.
Engine choices remained the same as the previous year. A new rare engine option was offered: the XS engine option consisted of a factory Ram Air set up with a new 744 high lift cam. Approximately 35 factory installed Ram Air packages are believed to have been built, though 300 dealership installed Ram Air packages are estimated to have been ordered. On paper, the package was said to produce the same 360 hp (270 kW) as the non-Ram Air, Tri Power car, though these figures are believed to have been grossly underestimated in order to get past GM mandates.
Sales increased to 96,946, the highest production figure for all GTO years. Although Pontiac had strenuously promoted the GTO in advertising as the “GTO Tiger,” it had become known in the youth market as the “Goat.” Pontiac management attempted to make use of the new nickname in advertising but were vetoed by upper management, which was dismayed by its irreverent tone.