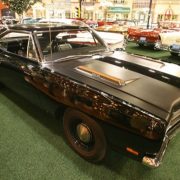 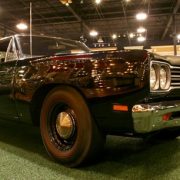 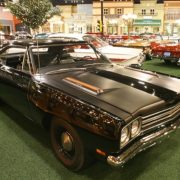 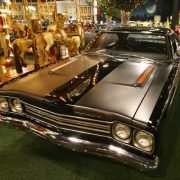 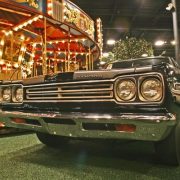 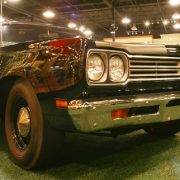 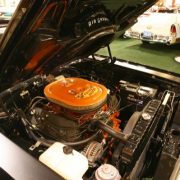 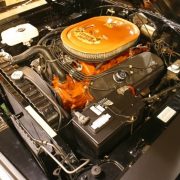 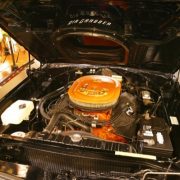 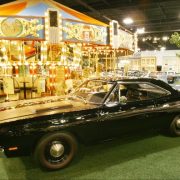 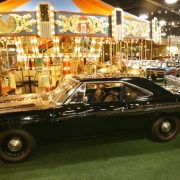 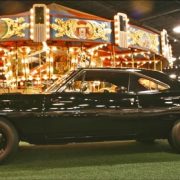 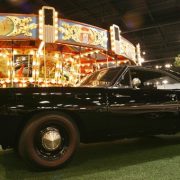 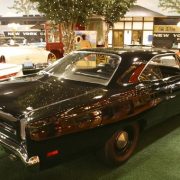 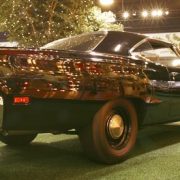 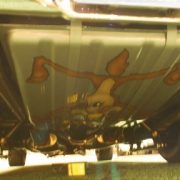 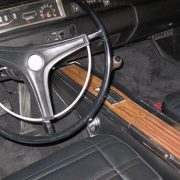 Paying $50,000 to Warner Brothers to use the name and likeness of their Road Runner cartoon character (as well as a “beep-beep” horn, which Plymouth paid $10,000 to develop), and using the Chrysler B platform as a base (the same as the Belvedere, Satellite, and GTX), Plymouth set out to build a back-to-basics muscle car. Everything essential to performance and handling was beefed-up and improved; everything nonessential was left out. The interior was spartan, lacking even carpets in early models, and few options were available. A floor-mounted shifter featured only a rubber boot and no console so that a bench seat could be used. The earliest of the 1968 models were available only as 2-door coupes (with a centerpost between the front and rear windows), but later in the model year a 2-door “hardtop” model (sans centerpost) was offered. The Road Runner of 1968-1970 was based on the Belvedere, while the GTX was based on the Satellite, a car with higher level trim and slight differences in the grilles and taillights.
The standard engine was a 383 CID (6.3 L) Roadrunner V8 rated at 335 bhp (250 kW) and 425 lb ft (576 N m) of torque. For an extra $714, Plymouth would install a 426 CID Hemi rated at 425 bhp (317 kW) and 490 lb ft (664 N m) of torque. Combined with low weight, the 6-passenger Road Runner could run the 1/4 mile in 13.4 seconds at 105 mph (169 km/h). It would prove to be one of the best engines of the muscle car era, and the Road Runner one of the best platforms to utilize it. Plymouth expected to sell about 2,000 units in 1968; actual sales numbered around 45,000. (It should also be noted Dodge debuted the Road Runner’s cousin, the Super Bee, that same year.)

The 1969 model kept the same basic look and was slightly changed cosmetically (i.e. rear tail lights, optional bucket seats, new Road Runner decals). The Road Runner added a convertible option for 1969, although fewer than 2000 droptop models were produced for the year, and only nine with the Hemi.

An “Air Grabber” option was introduced this year; it consisted of an air duct assembly bolted under the hood, that connected to twin rectangular scoops in the hood. When the hood was closed, this assembly fitted over a special air cleaner assembly to force air directly into the engine. The scoops in the hood could be opened and closed via a lever under the dashboard. The design and functionality of the “Air Grabber” option was changed after 1969.While the 383 engine remained the standard powerplant, a 440 CID engine with three two-barrel carburetors, known as the “440 Six Pack” (6-BBL), was added to the lineup at mid-year to qualify the engine for the “Super Stock” drag racing class. The Six Pack Road Runners had no wheel covers or hubcaps and a flat black lift-off fiberglass hood with functional hood scoop. Its 440 engine produced 390 hp (291 kW) and 490 lb ft (664 N m) of torque at 3200 rpm, very similar numbers to the Hemi and at a lower engine speed. This meant the cheaper 440 6-BBL was nearly as fast as the 426 Hemi, at least up to highway speeds. This option, along with the economical yet fast 383 and the outrageously fast Hemi helped propel Plymouth, and corporate sibling Dodge, to the top of the dragstrip echelon.