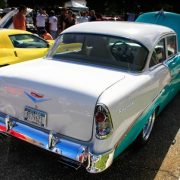 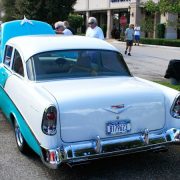 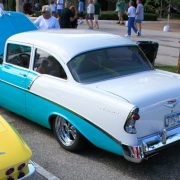 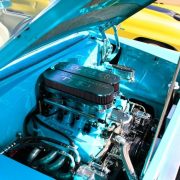 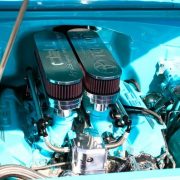 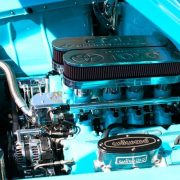 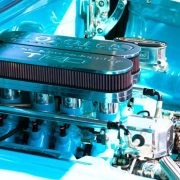 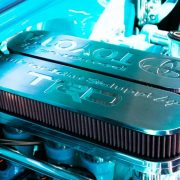 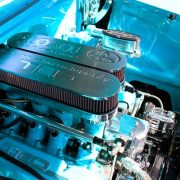 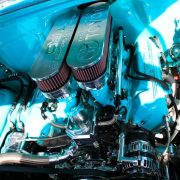 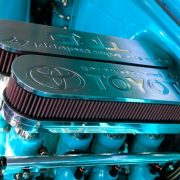 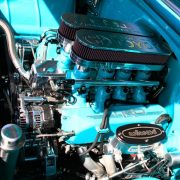 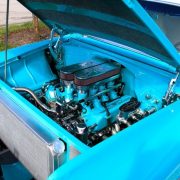 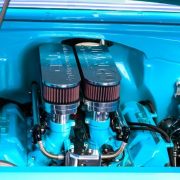 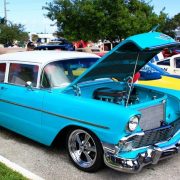 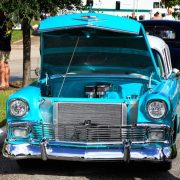 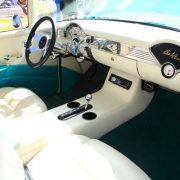 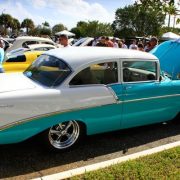 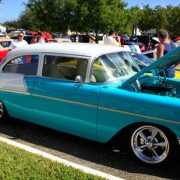 The early beginning of Toyota motorsport involvement started with 4 engineers working on production based engines. Experimentation and experience led to the production of the first Toyota Twin Cams- the 3M and 9R. The 3M powered the 2000GT and the 9R powered the Corona 1600 GT. The first race engines were prepared in-house by TMC’s Group 7 section (manufacturing not racing!), starting in the late 60’s to early 70’s.

The early race engines were based on the K and T series Corolla / Celica street engines. The Group 7 engineers and mechanics also developed the original racing twin cam models, 2TG (100E) and 18RG. These early Twin Cam engines were later issued with 16 valve heads with highly modified stock blocks- 151E (2TG) and 152E (18RG), and a 16 valve Twin Cam 3K too!– these were the first engines developed and assembled by TRD (formerly known as TOSCO).

TRD (Technocraft) has been the official parts outlet for TMC produced race related hardware. Initial development of the 4TGTE and later development of the 503 (after IMSA) were also done in-house at TRD. TRD supplies the FIA and JICA all the homologation specifications for all Toyota vehicles. TRD also supports the Japan only Formula Toyota 4AG 20Valve spec engines. The TRD SPORTS PARTS line is distributed worldwide by TRD (Technocraft).

TMC supplied TTE (Toyota Team Europe) with base engines that TTE further developed under Toyota Europe contract. TTE had their own specifications for the 2TG, 18RG, 152E, 4TGTE, 3SGTE, and some 7MGTEs, but the basic production based blocks and heads were from TMC. The 1998 and 1999 Le Mans engines were also produced by TMC and developed by TTE. During the last two (and final) appearances of Toyota in Le Mans- these engines powered the fastest cars in the event. The new F1 project is a totally new project fully funded by TMC and jointly being developed by TMG (Toyota Motorsport GmbH)- the new name for TTE.

TMC directly supplied some Japanese Toyota Race Teams with fully built engines (TOM’s, TRUST, SARD, …… ) that these race teams further tuned externally. Through the years, engines supplied included the original 2TG/18RG based race units, the 16 valve 150 versions, the 4TGTEs, and the 503E engines. Previously used in Le Mans, the 503Es are currently used in the Japan Touring Series. The TOM’s developed production-based 3SGEs are the most successful versions of the engine series (in Formula racing applications) are not TMC issue.

There are some official issued engine designations and specifications- but they are not accurate. Usually the specifications are based on the original design versions and for promotional information use only. For obvious reasons, the specifications announced are only representative of the race engine model- as supplied to FIA or the sanctioning group.

All these companies are owned by Toyota Motor Corporation, through the local national affiliate- Toyota Motor Sales.